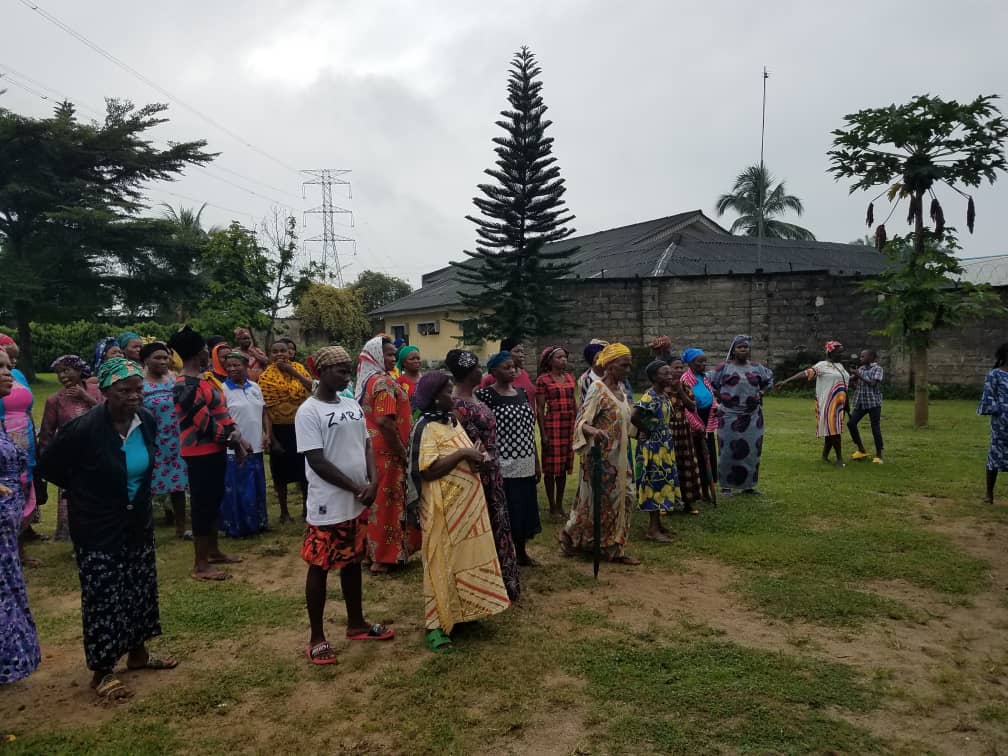 Women from Umuopara, Abia State, protested the continued captivity of Uwadinachi Iweja, a medical doctor from the town who was kidnapped on June 5, 2022.

The women marched to the paramount ruler of the 13 Umuopara autonomous communities, Ezeukwu I of Ezeleke, Eze Godfrey Ibeakanma, led by the Vice President of the Umuopara women’s wing, Dame Victoria Chinedum Asomugha, and demanded concerted efforts by the concerned authorities to ensure that Iweha is released safe and healthy.

“The women of Umuopara are angry. Uwadinachi was in the church to worship God when he was kidnapped. Let government hear us and help us look for our son”, they cried out.

Responding, Ibeakanma aligned himself with the women, explaining that the state government and security agencies had been trying but he pleaded with them to upscale further actions to get the victim released alive.

Earlier in a press statement on the abduction of Iweha, the family noted, “We the members of this family are in severe shock and distress over the incident of the Abduction of our Husband, Father, and Grandfather, Sir Professor Uwadinachi Iweha, which sad event took place on the 5th day of June 2022.

“A ransom was paid the next day, but till today, our father has not been heard from, nor has there been any communication with his abductors.

“After protesting at the Governor’s house, the Nigerian Medical Association, Abia State Chapter went on strike for 3 days. The NMA Chairman, Dr Okwuonu, and HRH Godfrey Ibeakanma (Eze Ukwu I of Ezeleke) have been very helpful to the family in writing and pushing the security agencies and government to look for him.

“The security forces have been working with some results, but 9 weeks have passed, and we, the family, and many friends have been mounting pressure on them to continue to investigate the matter to its conclusion.

“The Abia State Governor, Dr Okezie Ikpeazu has done a press release and offered a N5 million reward on information leading to his return. The Umuopara Clan Women also held a protest in the communities on the 25th of July 2022, protesting for his release from the abductors, and they are doing the same again today.”

According to the son, Engr Chukwudi Iweha, in that release said, “My father was preparing for church on that fateful day (5th of June 2022) when he received a call from someone who informed him that a governorship aspirant in the sttate had directed that he should proceed that same day to an Anglican Church at Old Umuahia and represent him at a function.

“He returned home early from his Church around 11:45 am, to change his cloth and proceed for the function, which he had been directed by his boss, whose Medical College, Amachara Umuahia, our father works as the Provost of the College.

“Upon reaching home to change his clothes, he was accosted by the assailants in front of his home and taken away with the university official car.”

The women prayed at his country home gate where he has kidnapped as well as at their Nkwoha market square, calling on God and ancestors to intervene.