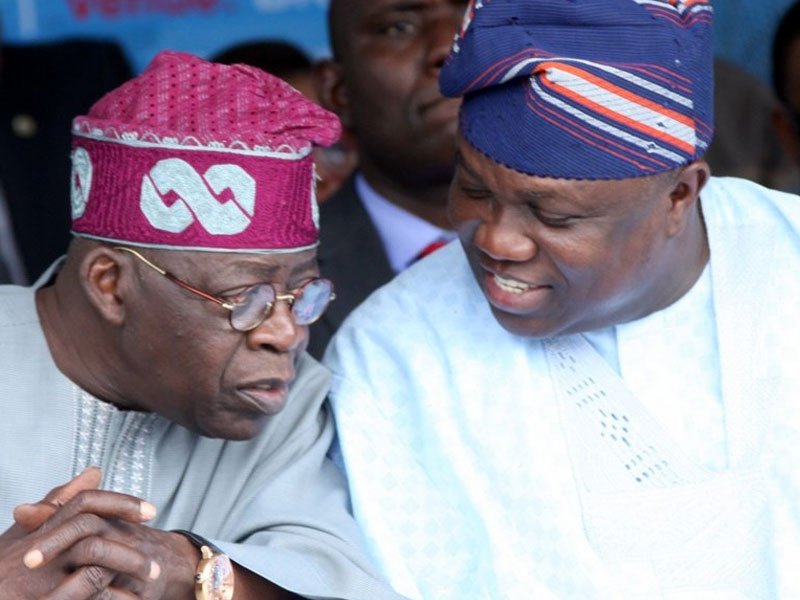 Asiwaju Bola Tinubu, the All Progressives Congress’s (APC) presidential candidate, has refuted claims that he sought N50 billion per month from Akinwunmi Ambode, the former governor of Lagos State, during his government.

According to Anaedoonline.ng, Ambode served as the state’s governor for only four years after taking office in 2025. This is because his bid to win a second term after losing the APC primary contest in 2018 failed.

A recent internet post claimed that his refusal to pay the specified sum to Asiawaju contributed to his failure to win the APC governorship nomination in 2018.

Bayo Onanuga, Director of Media and Communications for the Tinubu Campaign Organization (TCO), debunked the news on Tuesday, claiming that Tinubu could not have made such a demand.

“The spuriousness of the statement is in the evidence that Lagos did not begin to clock N50 billion revenue until after Ambode left office.

“Tinubu could not have demanded a billion monthly payment from Ambode when the state government didn’t make such in a month throughout the tenure of Ambode”, the statement added.

The statement revealed that the site where some of the fake news emanated from has been identified as World of News with URL as world news.

According to Onanuga, “A content analysis of the site clearly showed that it is a Biafra news platform”.