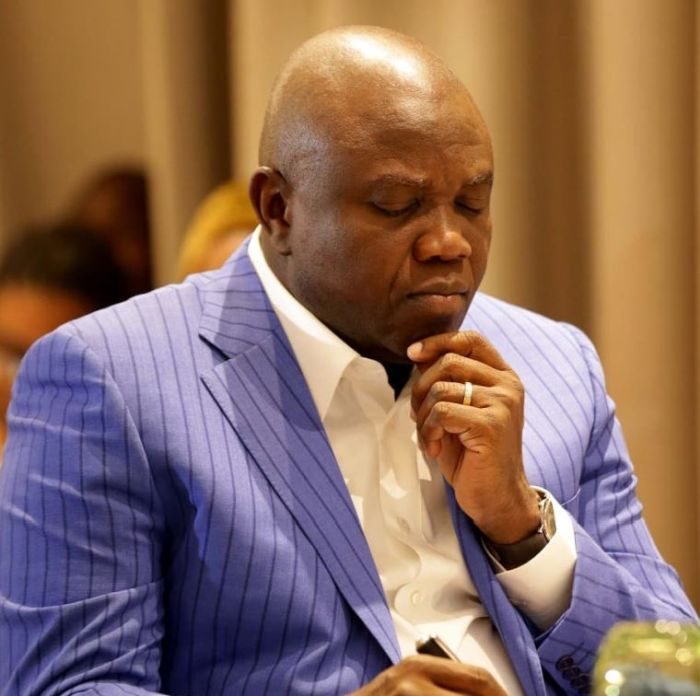 Former Lagos State Governor Akinwunmi Ambode is preparing to return to the political scene in the state.
According to Anaedoonline.ng,

During a television appearance on Tuesday, the head of the Akinwunmi Ambode Campaign Group, Olawale Oluwo, verified this.

Since losing a re-election campaign to incumbent Lagos State Governor Babajide Sanwo-Olu in 2019, Ambode has stayed absent from significant public and political events.

But, according to Oluwo, a former Lagos Commissioner, during an interview on Arise TV on Tuesday, Ambode is expected to unveil his 2023 plans by the end of the week.

He said that the former Lagos State Governor still has a few days to pick up his APC registration documents (APC).

The campaign chairman however didn’t state which elective position Ambode may be gunning for.

“Governor Ambode will announce his plans within the week. I think the closing for the sale of forms is Friday,” Oluwo said.

In response to reports that the Ambode campaign organization had been banned by the Lagos APC, Oluwo stated that nothing of the like had occurred.

He went on to say that individuals making claims regarding the Ambode group’s prohibition are making dangerous statements, pointing out that the Nigerian constitution safeguards their right of association, and that even President Muhammadu Buhari can’t suddenly ban them for no reason.

Lagos 2023: Ambode Reacts As Youths Endorse Him For Governorship

“Even the president of Nigeria, can he ban an association? When the constitution of Nigeria says that there is freedom of association. We are all members of the party (APC),” he said.

“To be able to ban an association, there is a process and there must be probable cause that the association is engaging in criminality or treason or bad things that threaten the security of the state. The president himself or the authorities will have to go to court and get an order to proscribe.

“Nobody can use saliva and ban any association because it is guaranteed by the constitution. That statement by the APC PRO that AMGO has been banned is a completely reckless statement.”

2023: The Type of Presidential Aspirants Who Can Fix Nigeria – Obasanjo Reveals