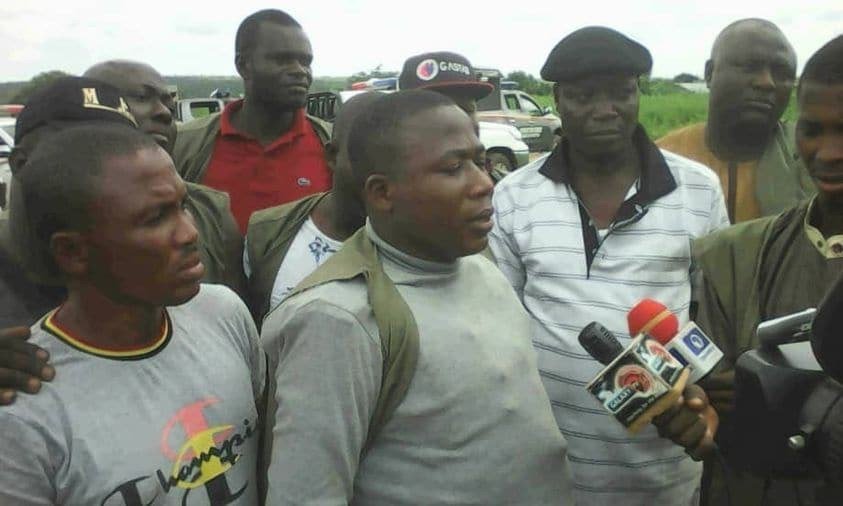 Sunday Adeyemo, a secessionist activist, has set a date for a massive protest to support the creation of the hypothetical Yoruba Nation.

Igboho announced the big event would take place at Trafalgar Square in London, United Kingdom, on August 13, 2022, in a statement on Tuesday through his spokesperson, Olayomi Koiki.

Every Yoruba in the United Kingdom and its surroundings was urged to attend the rally by the Yoruba Nation agitator.

You Are On Your Own – Akeredolu To Sunday Igboho, Other Agitators

He added that the level of carnage in the area is worrying and that the Yoruba Nation must secede from Nigeria for killings to end.

The statement reads in part: “The amount of bloodshed on our land is alarming and life is becoming unbearable to all Yoruba’s due to the Fulani’s government that is bent on going RUGA Water Bill in order to ensure they grab ours via the back door.

“This message goes to every Yoruba in the United Kingdom and its environs. Enough is enough. Break up now and put a stop to the killings.

“We have now been asked to go out there and dance to the glory of God (for the world to see) and that is exactly what we are going to do on 13/8/22 with drums and trumpets by the special grace of God. The time is now. The time is 11:30 am. Thank you.”

Igboho bemoaned the spate of unrest in the country, noting that he would continue to educate the people on the for Yoruba to break away from the nation.

The statement said: “We don’t think anyone should talk about the election with the insecurity in Yorubaland and the fake 1999 constitution. Yoruba should think of having our own independent nation and reclaim back our rights.

“We won’t force anyone that wants election just as we did not during the Osun and Ekiti. But we would continue to educate our people about the union of 1914 amalgamation that was forced on 371 ethnic groups in what’s called Nigeria today.

“Chief remains in high spirit and he will continue to want a peaceful exit of the Yoruba people from Nigeria. Whatever Chief said is now happening in Yoruba land.

“With the situations of things Nigeria can’t have peace. Why? We don’t have union and unity because we are all different.”

Obasanjo: This Is What Will Happen To Minorities If Nigeria Divides

“Having the Yoruba nation is a priority and won’t take the right of other indigenous people that want to live on our land so far our constitution is respected.”

“We are also looking forward to the next united nation General Assembly for the next protest five million petitions have been completed. Our campaign remains peaceful according to the United Nations rights of the indigenous people.”