2023: Amaechi Has Shown Dislike Towards Tinubu… 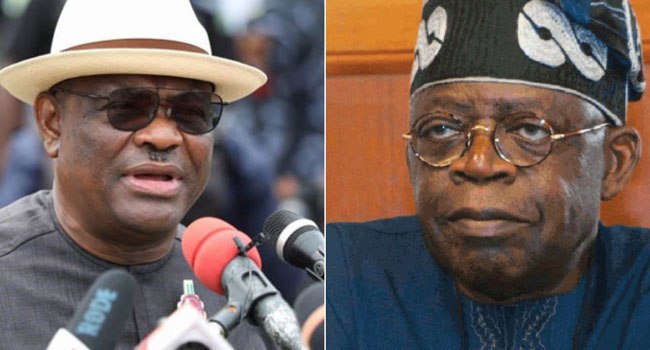 Recall that on Wednesday, allegations surfaced claiming that Wike and Tinubu had a meeting in London, United Kingdom, to talk about matters pertaining to the 2023 presidential race.

After hearing about the meeting between Wike and Tinubu, Nabena responded by saying that politics is all about negotiation and that the two leaders are free to speak.

Politics, according to the former APC deputy spokesman, is mostly about numbers, interests, and emotionless discussions.

He insisted that Amaechi’s decision to leave the Peoples Democratic Party (PDP) with other members was no different from what Wike was doing at the time.

He said, “Politics is all about negotiation. Once the big people come in, some other people will take the back seat. You know what happened in Rivers State when the governor came in, people took the back seat. You cannot have a sitting governor and someone else will become a leader.

“It is the way Amaechi built his system. We are beginning to see the Wike’s side and have not seen much of Amaechi. Maybe he has a game plan we don’t know but everything will play out at the appropriate time.”