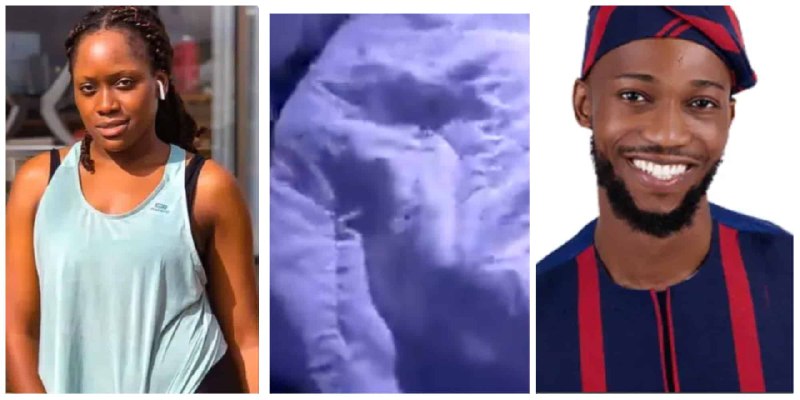 After an intimate video of Daniella and Dotun surfaced online, the Big Brother Naija Season 7 housemate is currently trending on Twitter.

This is only two weeks after Daniella’s partner, Khalid, was booted off the reality TV show, according to Anaedoonline.ng.

According to the viral video, the “Level Up” Housemates engaged in violent kissing and hugging under the covers.

Recall that Dotun picked Daniella to be his deputy after winning the Head of House competition on Monday.

Daniella’s role as the deputy gives both inmates access to the executive HOH lounge and immunity from elimination.

However, on Tuesday night, the reality stars pushed matters to a new level when they were discovered in an intimate mood and making sounds.