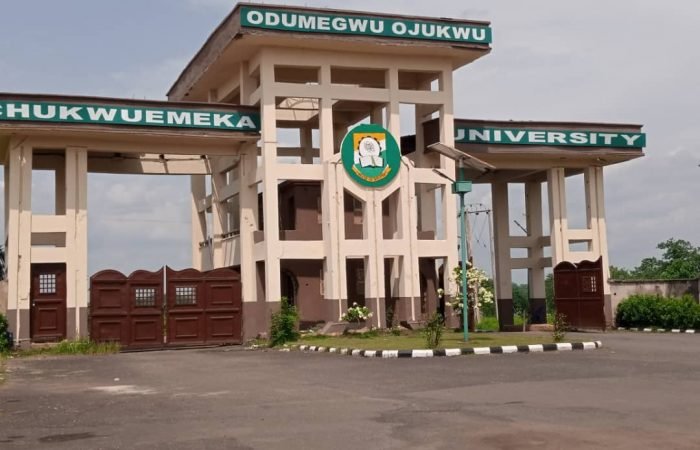 The students were found dead at Goodluck Lodge, located in Otoko Community, which is within the university axis.

The students identified as Obidiaso Chidera of Political Science Department, Miss Mercy of Pharmaceutical Department, and Miss Emmanuela of Business Administration Department were said to have died two days ago under mysterious circumstances.

Tension In Oko Polytechnic As A Student Is Stabbed To Death

According to reports made available to Anaedoonline.ng, it took the efforts of someone who prompted the inquiry of the whereabouts of one of the deceased after many unsuccessful attempts earlier.

When access was gained into the room last night, the lifeless bodies of the three (3) students were discovered, the third person was said to be in the kitchen.

Speculations have it that the three (3) were poisoned. As at the time of writing, the police is yet to give any official release.