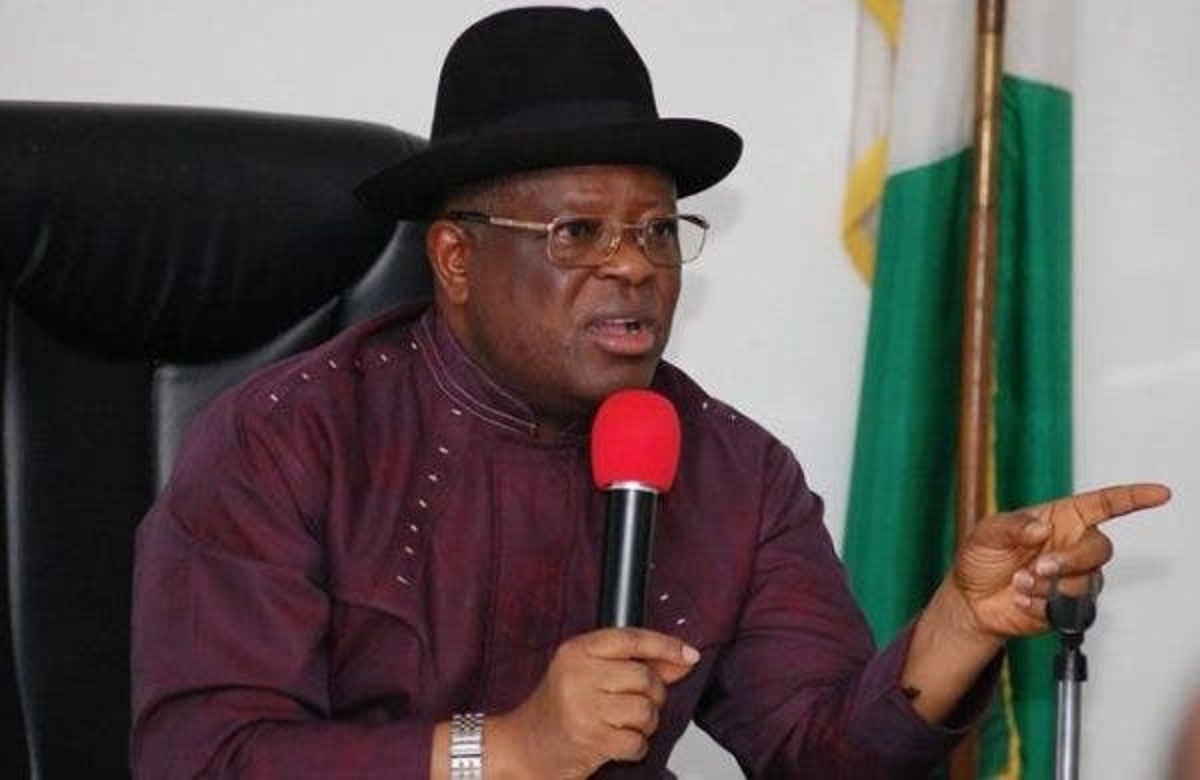 Umahi, who was in Abuja at the Presidential Villa to meet with President Muhammadu Buhari and inform him that a new Governors’ Lodge had been completed in Asokoro, did not publicly support the Labour Party candidate but did say that Obi’s bid for the presidency was positive for the area.

In response to inquiries about the likelihood of the APC winning the presidency in 2023 given the widespread support for the Peter Obi movement, he stated only God could genuinely decide who would ultimately win the election but expressed hope that his party, the APC, would do so.

Recall that Umahi, a key figure in the opposition Peoples Democratic Party (PDP), switched allegiances to the ruling All Progressives Congress (APC), a move that sparked heated debate in the political arena.

Before the general elections, Umahi commented on the ongoing APC crisis and promised that it would be resolved amicably and that the party would emerge stronger.

His words, “Well, I think that, you know, we don’t have issues in the APC like the kind of issues that we have in other parties. They say in a big house, you know, there are vessels onto honour and there are vessels onto dishonour. Literally, meaning that there must be some issues in a big house like the APC. But the structure and the spread of APC is such that victory is assured.

“I can assure you that some of the disagreements in some States are going to be resolved. Mechanism has been put in place by Mr. President, the candidate of the party, his vice and then the national chairman and leadership of the party, to sort out those differences. And I think we are well prepared for victory in 2023”.

When asked whether the South-East is prepared for the presidency, he responded, “I think that the movement of Peter Obi is an eye opener. What happened during the PDP and APC primaries were a kind of miscalculation by people. But to say whether they’re ready for the presidency of the country anytime, was a mistake.”

“And you can see the level of his acceptability, which does not translate to victory over APC. I’m sure of that, but it’s a good movement. And it reassures the South East people and the entire country that we are accepted, you know, that we will one day become the President of this country. It is very important”.

Asked if the Peter Obi phenomenon contributed to reduced killings in the South East, he said, “You cannot technically assign the killings because of Igbo presidency, you can see that security generally is improving in the country. And it has nothing to do with the movement of Peter Obi.

‘University Education Not For Everybody’ – Umahi Clears Air Over Comment

“Peter Obi movement is a movement that is anchored on equity, justice and fairness. It may not translate to outright win because I must defend my party, I must wish my party well and I’m having the ticket of my party. So but whether what he is doing has meaning in there, not only South East, it does have meaning. So we must never attribute the killings in South East to this kind of movement.

“Peter Obi’s movement and all the movement are authored on God’s will, is only God who knows who will win, but there must be a wish. As a party man, I would wish that our party wins. And if God says no, the next person I wish that should win is Peter Obi. Because I believe strongly and I will say it anywhere that after the north has taken eight years, there is no moral justification for the north to be seeking to take another eight years, it should go to the south.

“So I’m not wishing Peter Obi away. God has the final say and he has the power and gives to whom ever He wishes”

Also asked if Obi has any chance of winning, he responded saying, everybody has chances of winning and chances of losing but you must always have a wish.

“Yes. It’s going to be a different ball game altogether. Because when campaign starts, yes, the interest of our people in terms of presidency is there, you can’t wish it away. But everyone in south east holding the ticket of their party is going to be struggling and he’s going to be fighting. You will not tell the guy that has the ticket of House of Assembly to look at the bigger picture of Igbo presidency. He may not see it but that is not to say that you know Peter Obi is not going to get substantial votes in South East, it is there”.