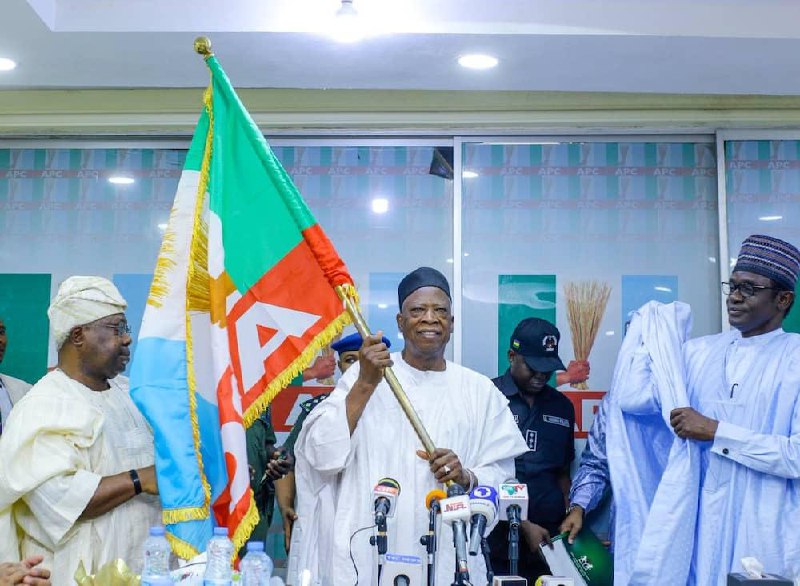 A reconciliation committee has been established by the National Working Committee of the All Progressives Congress to look into the crisis roiling the party’s Abia State chapter. The committee’s mission is to mend fences between disgruntled party members and prevent impending defections, particularly at the grassroots level.

During the inauguration of the committee members on Tuesday in Abuja, the APC National Chairman, Senator Abdullahi Adamu, announced the development.

Adamu asked the delegation to try its best to lobby and react to any grievances by those harbouring grudges as he voiced concerns over the discontent and divide among Abia APC stalwarts.

“I hope that what we have done today, the entire world will witness peace and we hope this is the very last step,” he pleaded.

Reacting to Adamu’s plea, Chairman of the committee, Senator Chris Adighije, told journalists that they were prepared to do their best and submit the report of their fact-finding mission to the leadership of the party.

The Pro-Chancellor and Chairman Governing Council of Federal University, Lokoja, also expressed confidence that if the right steps are taken the APC would be victorious in Abia State in the 2023 elections.

Accoridng to him, the committee’s exercise is to strengthen the party to bring about inclusion and unity.
He said, “There is no way the APC will win at the national level and lose at the state and anyone will say we have delivered. It would be assumed that the Abia people did not contribute much for the victory at the national level.”

“The committee has engaged some critical stakeholders of the party in the state, among which are the federal appointees. We made them to know that there was no way the APC would be reconciled in Abia without them. They are key to the reconciliation efforts of the committee and some of them were drafted to be part of the committee, an idea they welcomed.

“One good thing about the meetings so far is that all of them said they were not leaving the party, that they don’t have any reason to leave the party even though there are issues they feel should be addressed.

For those in court and what the committee was doing about them, he said, “the committee recognises the right of members of the party to seek legal redress, however, it should not be used to destroy the party given that should a member succeed in court, he will also need the party to actualise whatever interest he has. The point therefore is, let’s unite, build and strengthen the party as one strong family.”