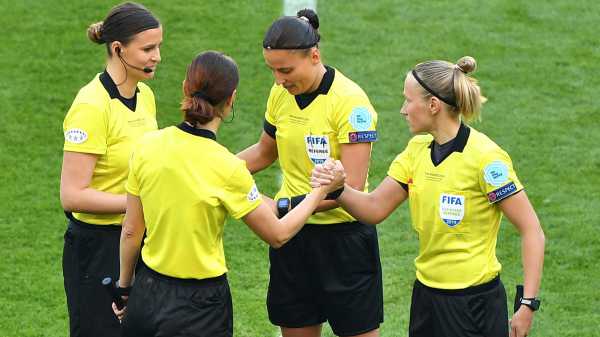 After a referees’ strike forced the first round of matches to be postponed, matches in the Spanish women’s football league will be played this weekend.

The Professional Women’s Football League, rebranded Liga F, was professionalised, but a conflict with officials from the Spanish Football Federation disrupted its inaugural weekend.

The LPFF confirmed an agreement late Wednesday following a meeting between the league and the RFEF hosted by the Spanish Sports Council.

“Liga F informs that the refereeing collective have finally accepted the proposal put forward by this league, so the professional women’s football competition will resume next weeked after the shameful episode on matchday one, which should never have been allowed to happen,” said the LPFF.

The RFEF had initially proposed a match fee of 21,000 euros per game for referees, which the LPFF noted would cost 5 million euros a season.

“That is 70 percent of the audio-visual incomings generated by the competition,” added the LPFF.

“Faced with this position, far removed from the reality of women’s football and the socioeconomic context the country is going through, Liga F has always been firm in its defence of a project that is sustainable.

“The union and solidity of the clubs, players, coaches, fans and public opinion have led the refereeing collective to come to its senses. Thank you.”

The RFEF said in a statement that the CSD would contribute 350,000 euros a year to a retirement fund the referees could access at the end of their professional career, which they would match, for the next three years.

Uju Anya Cries Out Over Losing Friends, Connections After Comment On Queen...