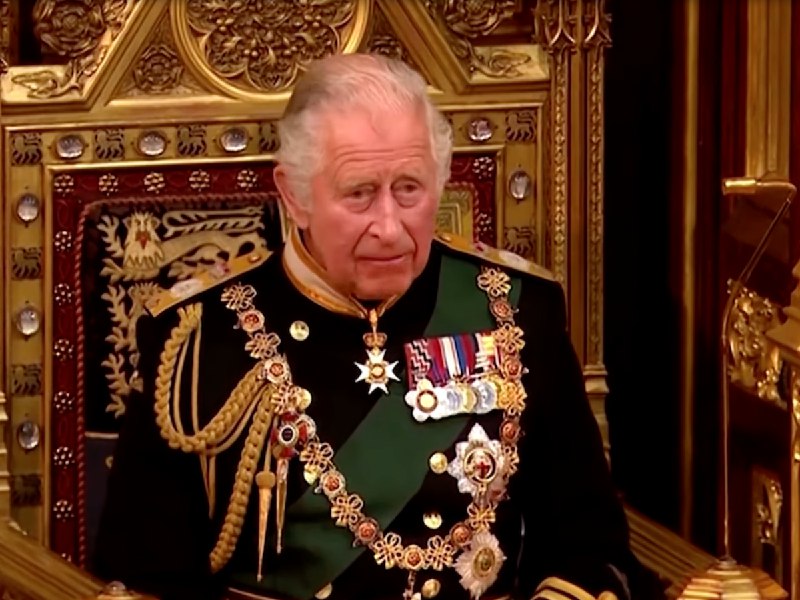 The behavior of the newly crowned King of England, King Charles III, toward a black man during the funeral of his mother has drawn criticism from some Nigerians.

According to Anaedoonline.ng, King Charles may be seen in the viral video avoiding shaking hands with a black guy in the audience at Queen Elizabeth II’s funeral on September 19th.

Social media users were outraged by the incident and many wondered what the black man was doing there.

While some argued that the King had not intended it to be thus, others thought the new monarch might be a fervent “Racist.”

crd_liveth wrote: “Not a mistake. He did it deliberately. Even when the man was still trying to hold onto his hand, u can see he waved him reluctantly. More like he’s not comfortable with him. So sad”

weeworldwide wrote: “Wetin he go find there , if he dey find king to shake make he go e village”

sleeksofficial wrote: “That was never a mistake, still finding it hard to understand this, why is he trying to shake him? Does that add any value to his life or money to his account, high time blacks pull up the we don’t care attitude that’s only when blacks will stop been ridiculed and seen as an ape by the .. some of us don’t gaf who you are and that’s how it suppose to be , everyone na king for their lane”

arewa_babygirl wrote: “People pls don’t start, he is definitely not a racist, it was an oversight”

rrichieasap wrote: “Oh No !! It’s started. This is a big message to those in Uk”