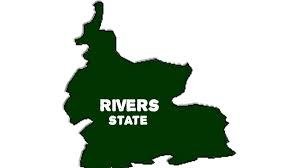 When a team of security personnel stormed a group of alleged criminals’ hideaway on Azikiwe Street in the Mile 2 axis of Diobu, Port Harcourt, Rivers State, they detained no less than 51 suspects.

It was discovered that the arrest came as a result of a police distress call reporting that the hoodlums were robbing locals under duress while dragging away their cell phones and other belongings.

According to a source who spoke to our correspondent, the Junior Vikings and De-gbam, two competing cult organisations, clashed on Monday night and caused a disturbance in the neighbourhood.

When contacted, the state Police Public Relations Officer, Grace Iringe-koko confirmed the arrest, saying investigation was ongoing.
Iringe-koko said following a distress call, a combined team of police and other operatives stormed the area and gave the hoodlums a hot chase.
She said, “We got information of a criminal hideout and that these boys were robbing people at gun point in that Azikiwe area.

“So, the joint patrol team quickly moved in and chasef them. They ran into one hotel (brothel). And that hotel is a black spot in that area.

“51 of them were apprehended. They are currently being profiled and helping the police with useful information that can give us a breakthrough.”

Asked if some of those arrested may not have been wrongly picked, she said investigation was ongoing, saying, “Anyone found to be innocent will be released, while others will be charged to court.”

Iringe-koko, a superintendent of police called on residents to feel free to volunteer useful information to the police that may lead to the arrest of criminal elements.