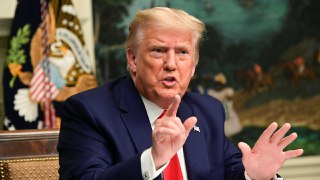 Donald Trump, a former president of the United States, claimed he will be making a “very significant announcement” next week amid rumours that he may run for president in 2024.

Trump has been teasing that he was prepared to return to the fray for months. Trump has never come to terms with the fact that his 2020 re-election attempt was unsuccessful.

On the eve of the US elections that will determine Congress’s control, Trump claimed he would make the “great announcement” in Florida on next Tuesday when addressing a roaring audience in Ohio on Monday.
Not to take away from tomorrow’s crucial election, which is really vital… On November 15 at Mar-a-Lago in Palm Beach, Florida, I’ll be making a very significant announcement, he stated.

5 Places to Spend Your Valentine in Anambra, By Nnenna Joseph

The trail was the closest the Republican has got to confirming his intention to run, building on his message last week that he “will very, very, very probably do it again.”

North Korea Denies Having Any Arms Deals With Russia