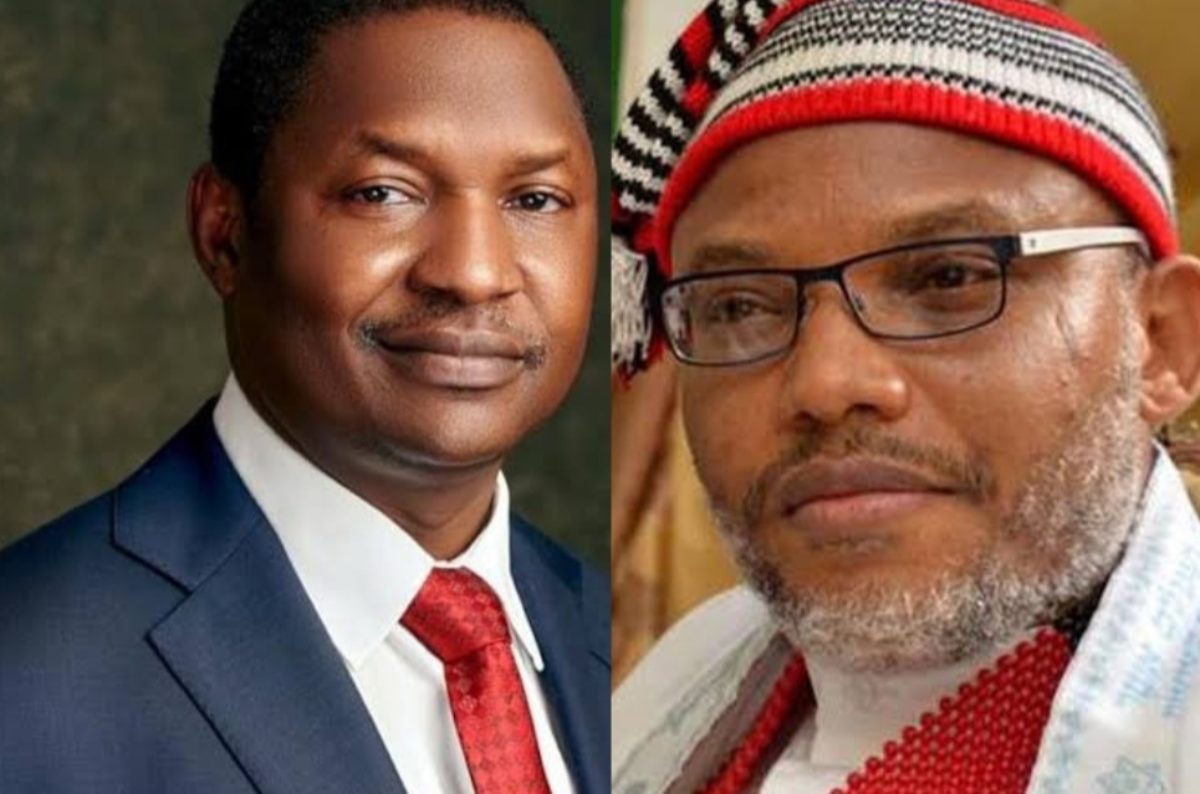 This comes after the Federal Government revised seven counts of terrorism against IPOB’s jailed leader.

The updated charge, FHC/ABJ/CR/383/2015, was filed before the Federal High Court in Abuja and included all previously sustained claims leveled against the IPOB leader.

As a result of the revised charges, it will be contested whether the FG can re-arrest the IPOB leader on the amended charges despite the October 13 ruling.

As a result of the revised charges, it will be contested whether the FG can re-arrest the IPOB leader on the amended charges despite the October 13 ruling.

The FG, on the other hand, claimed in the new revised charges that Kanu issued a lethal threat via a broadcast heard and received across the country that anyone who defied his sit-at-home order in the south-eastern states should write his or her will.

It further claimed that the broadcast had forced banks, schools, markets, retail malls, and fuel stations in the country’s eastern states to close their doors, harming citizens and causing vehicular movements to be grounded.

The Federal Government also claimed that between 2018 and 2021, the IPOB leader issued inciting broadcasts, which were received and heard in Nigeria, inciting the public to hunt and kill Nigerian security personnel and their family members, committing an offense punishable under Section 1 (2) (h) of the Terrorism Prevention Amendment Act, 2013.

Furthermore, the FG claimed that Kanu imported into Nigeria between March and April 2015 and kept a radio transmitter known as Tram 50L concealed in a container of used household items in Ubulisiuzor in Ihiala Local Government Area of Anambra State, committing an offense in violation of section 47 (2) (a) of the Criminal Code Act Cap, C45 Laws of the Federation of Nigeria 2004, adding that he also directed members of IPOB “to manufacture bombs.

Adeboye: “God Hasn’t Spoken To Me About 2023 Elections”