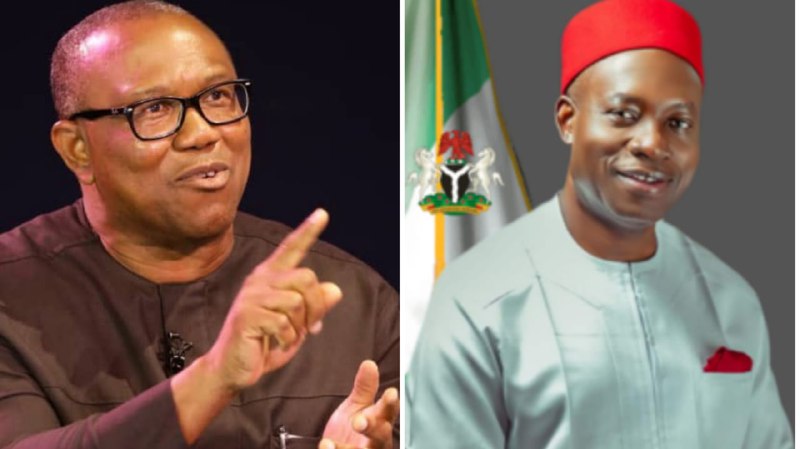 The Labour Party’s presidential candidate, Peter Obi, has stated that the Governor of Anambra State, Prof. Charles Soludo’s, opinion on the 2023 presidential election does not reflect the views of the people of the South-East area.

In a piece published on Monday, Soludo declared that Obi had little chance of winning the presidential election.

He also indicated that he would not endorse the former governor of Anambra State because his party, the All Progressives Grand Alliance, had its own presidential candidate.

However, when addressing questions at the 26th Lagos Business School Alumni Day in Lagos on Tuesday, Obi stated that the governor’s opinion, while respected, may not be representative of the population of his state.

On claims that the investment he put in place when he governed Anambra are now worthless, Obi said the investment is one of the highest sources of revenue for the state.

He said, “The one that they are saying is worthless, we invested $3.5bn in International Breweries.

International breweries is what you can call a global company. It is part of AB beer which is the biggest brewer in the whole world.

“We had a policy while I was governor that any factory, any foreign investor who wanted to invest in Anambra State, we would buy 10 per cent of the company, and under the condition, we will sign an agreement with him that he would give Anambra people work to the minimum of not less than 40 per cent of the workers.

“They built a facility in Anambra State. That facility is there today employing, directly and indirectly, over 10,000 Anambrarians. They have been one of the highest revenue sources for the state.

‘’Even some of their waste, the biggest piggery we have in Anambra State collects waste from them. There are so many things that the company has done in terms of helping the state, transporters, this, that, and everything.

“If you calculate what I left, I left N75bn. If you go and save the dollars today, even at 600, it’s N160bn, plus N60bn of the naira is N210bn. Even if that one is wasted, three times of what I invested is still there. When you spread your investment, some will go up, some will come down but overall, the company is still there; the company is still doing well, it’s still part of a global chain and everything.

“I needed to explain it not because I’m defending the comment by my brother. My brother is my brother and remains my brother; we are very close and I remain prayerful for him. Of other things I didn’t succeed in, God has given him the opportunity to do it and succeed. In governance, you don’t finish. People are still doing governance in America. Where you stop, other people will continue from there.

“I don’t look back. He’s the governor of my state, he’s my senior brother, he’s even more intelligent because he’s a professor; I’m a trader. He knows more, so he will be able to do things better than I am doing it. I’ve done my little own as a trader. Now the professor is there, he will do his own as a professor. The schools I didn’t roof, he will roof them. That’s how the government goes.”

But the LP leadership berated Soludo over his attack on the party’s flag bearer, saying he is not God to know that Obi would not win the presidential poll.

He added that the unflattering comment of the governor was borne out of envy.

He said, “I want to also say clearly that even Soludo rose on the legacies of Peter Obi. He came to power through the platform of APGA and Obi built the party, consolidated it and worked for the people which gave confidence to the people to continually vote for APGA.

“Therefore, one can say clearly without any fear of contradiction that Soludo is riding on the legacies of Peter Obi. If not that Peter Obi built APGA through his performance by instilling confidence in the people to have confidence in the party, Soludo would not have had the platform on which he would have become governor.

VIDEO: I’ve Done My Own As A Trader, He Should Do His As A Professor – Peter Obi Replies Soludo

“His comment was borne out of self-centeredness and desperation. It was born out of envy and jealousy. I mean for somebody who was CBN governor, who should know the importance of investment which has been acclaimed by other governors to be one of the best that he has done in Anambra State.’’

Also commenting on the matter, Obi’s media aide, Emeka Obasi, stated that his principal had no feud with Soludo as speculated in some quarters.

“Quote me anywhere; one million Soludos can’t stop Obi from winning at least 95 per cent of Anambra people’s votes,’’ he argued.