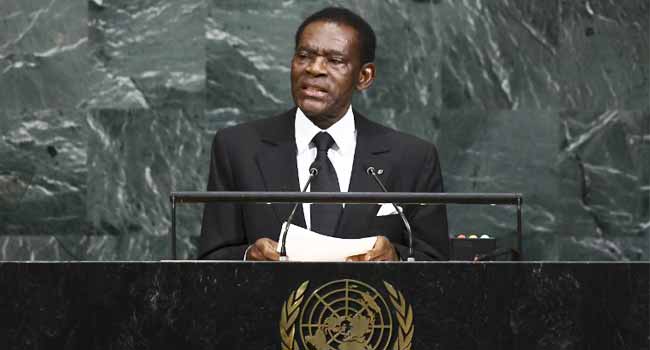 Obiang, who is 80 years old, has remained in power for more than 43 years, the longest term of any living head of state excluding kings.

When the doors to a voting station set up in a school in Malabo’s Semu area swung open early in the morning, a few dozen voters had already lined up.

“Voting is going well. Everything is normal. All citizens have to vote,” fridge repair man Norberto Ondo told AFP.

“I expect this election to bring us prosperity,” the 53-year-old added after dropping his ballot in a box at the Nuestra Senora de Bisila school.

Obiang’s re-election is almost certain in one of the world’s most authoritarian and insular regimes.

Andres Esono Ondo, 61, of the nation’s only tolerated opposition party, is running against him.

For the first time, the secretary general of the Convergence for Social Democracy (CPDS) is a candidate and the lone representative of the muzzled opposition.

Ondo has stated that he is concerned about “fraud” during the election of the president, senators, and members of parliament.

The government has leveled its own charges against the politician, accusing him in 2019 of plotting a “coup in Equatorial Guinea with foreign support.”

The former minister is seeking for re-election for the fourth time, but he has never done well in past elections.
The opposition has labeled him a “dummy candidate” with no prospect of winning.

Security personnel have increased arrests, as they do every election year. The crackdown has been explained by state media as a response to a “failed conspiracy” by the opposition to assault embassies, gas stations, and ministers’ homes.

After a week-long siege, security troops invaded the home of one of Obiang’s biggest opponents, Gabriel Nse Obiang Obono, in September.

His home had also served as a headquarters for his defunct Citizens for Innovation (CI) party.

According to the government, five people were killed in the attack: four protestors and a police officer.

Dozens of others were hurt, and more than 150 people, including Obono, were arrested.

“The ruling party requires a ‘opposition’ in order to stage fraudulent elections,” he explained.

Previous elections have been marred by allegations of fraud.

During this year’s campaign, images of Obiang and his Democratic Party of Equatorial Guinea (PDGE), the country’s only legal political movement until 1991, were plastered throughout Malabo.

Members of the opposition, most of whom are in exile, hold no hope for a breakthrough at the ballot box.

“Obiang’s elections have never been free or democratic but marked by widespread and systematic… fraud,” they said in a joint statement.

Despite the fact that everyone is required to vote, they advised “all citizens of Equatorial Guinea not to participate in any aspect of the electoral process.”

Equatorial Guinea became Africa’s third richest country in terms of per capita GDP after the discovery of offshore oil, although the money is very unequally distributed.

According to the most recent World Bank data, four-fifths of the 1.4 million-strong population live below the poverty line.

The country has a lengthy history of corruption, ranking 172 out of 180 countries in Transparency International’s 2021 Corruption Perceptions Index.