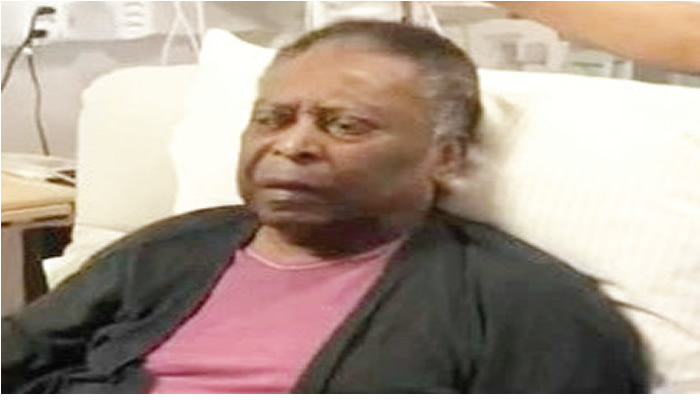 According to ANAEDOONLINE.NG, a startling YouTube video shows Brazilian icon Pele sadly saying farewell to his loved ones as he appears to be steadily losing the fight against cancer.

The three-time world champion’s health has gotten worse as a result of the viral footage in which he was seen having trouble breathing.
The 82-year-old was admitted to the Hospital Israelita Albert Einstein in Sao Paulo on November 29, 2022, and recently spent Christmas Day there after having a colon tumour removed in September 2021.

As his condition worsens, family members gathered in the hospital to stay with him, with his daughter vowing to stick by his side as the Brazil great receives care in the hospital after his cancer progressed.
However, in the posted video tagged, ‘Pele says goodbye to family and friends from the hospital bed’, the legend was recorded faintly passing a message.

In another developing video on social media, one of Pele’s former rivals, Romario, has wished the Brazilian football legend well.

Speaking to Ge Globo, Romario said, “King, get better. So much faith. The whole world is looking and praying for you. Improvements! I kiss your heart.”