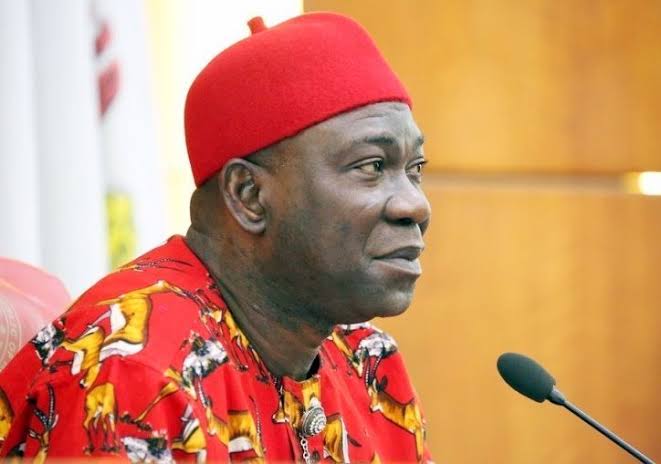 According to news sources, Justice Inyang Ekwo stated that in vacating the order, the Court learned that it was obtained improperly by the EFCC.

Mazi Okwu Nnabuike, National President of Ohanaeze Ndigbo Youths, reacted by saying the EFCC should bury its face in shame.

He claimed that the recent court judgment vindicated the court’s prior claim that the EFCC was carrying out a vengeance against Ekweremadu just because he is an Igbo guy.

“How else can one explain a situation where the same EFCC that wrote the United Kingdom Court against the release of Ekweremadu, sneaked into a Federal High Court in Nigeria and asked the lawmaker to show why his properties should not be forfeited.

“It was the height of wickedness and rascality by an agency of government.

“This is why we commend the Judge for toeing the path of justice. The judgement has put to rest the hatchet job done by the EFCC against Ekweremadu whose only sin is the fact that he is an Igbo man,” he said.

Former DSP, Ekweremadu Opens Up On Alleged Arrest By EFCC

Okwu added that “the EFCC should right now be hiding its face in shame for even initiating such a process that was not only illegal but against natural justice.

“We expect that for the EFCC to purge itself of that dance of shame, it should withdraw the letter to the United Kingdom Court.”

Economic Management Team Was Not Led By You, Ezekwesili Criticises Atiku