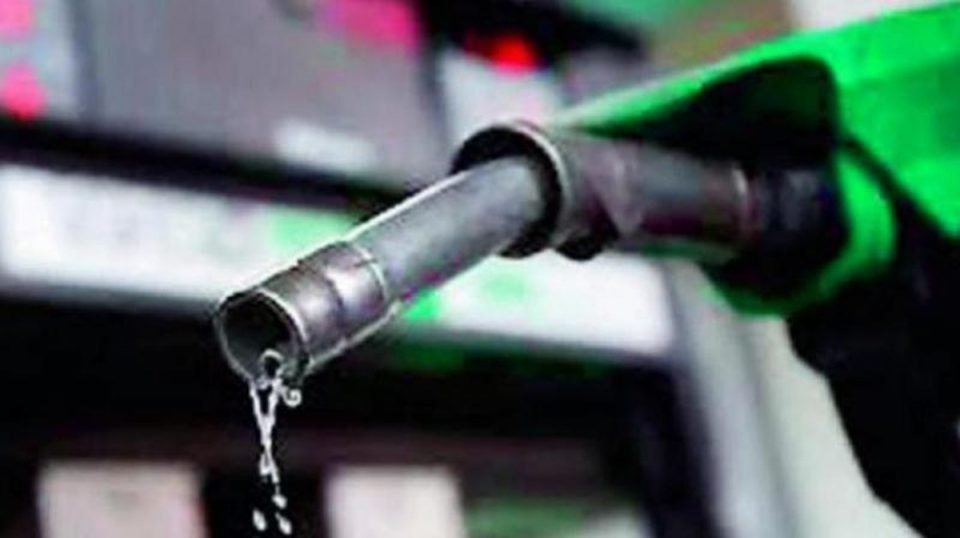 As the scarcity of Premium Motor Spirit, often known as petrol, persisted on Sunday, oil traders predicted that the price of the commodity would exceed N800/litre once the PMS subsidy was gone.

The high cost of petrol subsidies, according to industry operators, was a burden on the Nigerian National Petroleum Company Limited and contributed to the prolonged crisis in the downstream oil sector. NNPC is Nigeria’s sole importer of gasoline.

Zainab Ahmed, Minister of Finance, Budget, and National Planning, recently urged that the government gradually eliminate PMS subsidies, emphasising that the budgeted allotment for subsidies would expire in June.

But oil marketers told our correspondent that while it could be advisable to remove subsidy, Nigerians should know that the cost of petrol could cross N800/litre once the commodity was no longer subsidised.
They urged the Federal Government to ensure that all the necessary measures and infrastructure to ensure a less stressful subsidy removal regime were put in place before implementing the decision.

“If the government fails to take the appropriate measures, and they say they want to remove fuel subsidy, the situation will be worse than this, the masses will suffer. How can you remove subsidy and you don’t have this product (petrol),” the Secretary, Independent Petroleum Marketers Association of Nigeria, Abuja-Suleja, Mohammed Shuaibu, stated.

He added, “If the government removes subsidy, where is the product? If you are removing subsidy, maybe by that time, the way diesel is sold at between N800 – N900/litre, we could be buying petrol at N800/litre, if not more than that.

“This is because the product will be scarce, even from the government cycle. So the government should tell Nigerians the truth about this fuel supply crisis. It is not a problem caused by marketers.”

Shuaibu said oil marketers were ready to sell, stressing that when marketers got products a few weeks ago, the queues disappeared.

“But as it is today, you have black marketers everywhere selling with jerrycans and you will ask, where are the security agencies and the regulators?” he asked.

The IPMAN official added, “By tomorrow they will claim that it is the fault of the marketers. How? We are businessmen and every businessman wants to make a profit. You know the law of supply and demand. When the product is scarce, prices will rise, and vice versa.”

He explained that the downstream sector was not structured for adequate competition, adding that this could also pose challenges when subsidy was eventually removed.

He said, “By the time you are removing subsidy, you should know that the market is not properly opened and there is no competition. They always tell you about Dangote Refinery. We must understand that Dangote is a privately owned company.

“The pipelines of that facility were not even designed to run in any Nigerian state, rather it was designed to run to neighbouring countries, and maybe that one in Lekki there, that is all.
“So, more or less, that refinery might still exploit us, because when there is no competition, the only supplier calls the shots. For had it been that as Dangote is producing in Lagos, another person is producing in Warri, while one refinery is pumping in Abuja, then there will be competition.”

He continued, “We can see, for instance, the competition in the telecommunications sector today. But the government will continue to deceive us that Dangote Refinery will come on stream, when we know that it cannot really solve the problem.”
He argued that most of the pipes of the refinery were laid to neighbouring countries to supply them gas, stressing that Nigeria should not completely rely on the facility.

“They should not continue to be singing it as if it is what will solve our fuel supply problems,” the IPMAN official stated.

Meanwhile, the scarcity and hike in the price of Premium Motor Spirit, otherwise known as petrol, has generated an outcry from users of the commodity, especially motorists, who have directed their anger at the ruling All Progressives Congress.

The commodity, which has an official price of N185, is being sold at higher prices by filling stations across the country.

This is in addition to the long queues of vehicles that often add to the woes of Nigerians due to the traffic they cause when they spill into main roads.

According to one Instagram user, @paschal_dheyvid, who bought the commodity at N200 per litre, he had to pay N1, 000 to gain entrance into the filling station and still had to join a long queue.

The same situation was experienced by a Twitter user, @thatboyyouhate, who said, “I was at a filling station this morning and they had to take N1, 000 from me for my 25-litre keg.”

An Instagram user, @charlessoronnadimotors, said he bought the commodity at “N420 per litre here in Aboh Mbaise, Imo State.”

Twitter user, @supapraise, lamented the long hours he spent in the queue at a Nigerian National Petroleum Corporation filling station in Port Harcourt before he could buy the commodity.
He wrote, “I spent 11hrs (5am to join an already long queue. I left at 4pm) at the NNPC filling station in PH. I bought for N189. That morning, it was N179. They paused selling and adjusted the metre to the new price of N189. Paused selling again to maintain their generator since there was no NEPA electricity.”

Expressing anger at the APC which is seeking to remain in power in 2023, one @RexAgu1 said, “N360 per litre. APC has failed the unborn kids. They have removed subsidy without letting Nigerians know.”
On his part, one @King_Olivertwit sarcastically said, “APC supporters are buying it for N50/L while others are buying it for N350 to as much as N500 per litre.”

One Pascal Nwankwo, @pascalnwankwo7, blamed the situation on the APC, adding, “…and some misguided fellows are still campaigning for the APC.”
On Instagram, one @malaro44 laid curses on those still working to ensure that the APC retained the Presidency after the end of the regime of the President, Major General Muhammadu Buhari (retd.). He said, “People voting APC, may everything about APC never depart from your household… the suffering, the hardship, the kidnapping and insecurity.”

Efforts to get the reaction of the National Publicity Secretary of the APC, Felix Morka, proved abortive as his phone number was busy and he didn’t respond to the text message sent to him by our correspondent.