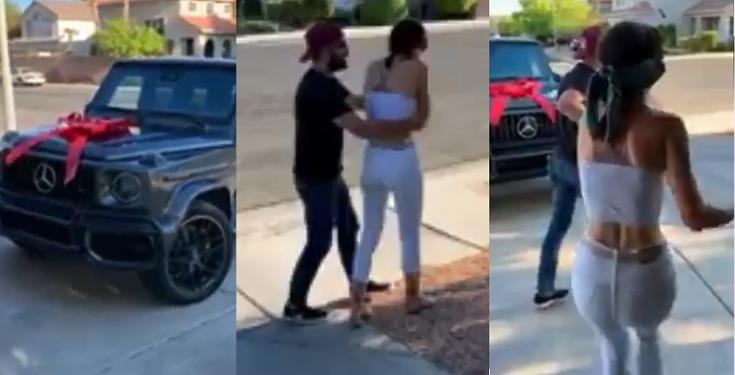 A video making the rounds on social media has captured the moment a lady rejected her lover’s GWagon gift because of the colour.

The boyfriend bought a N66.6million GWagon to surprise her, and he used a red ribbon to decorate the ride, before showing it off to her. 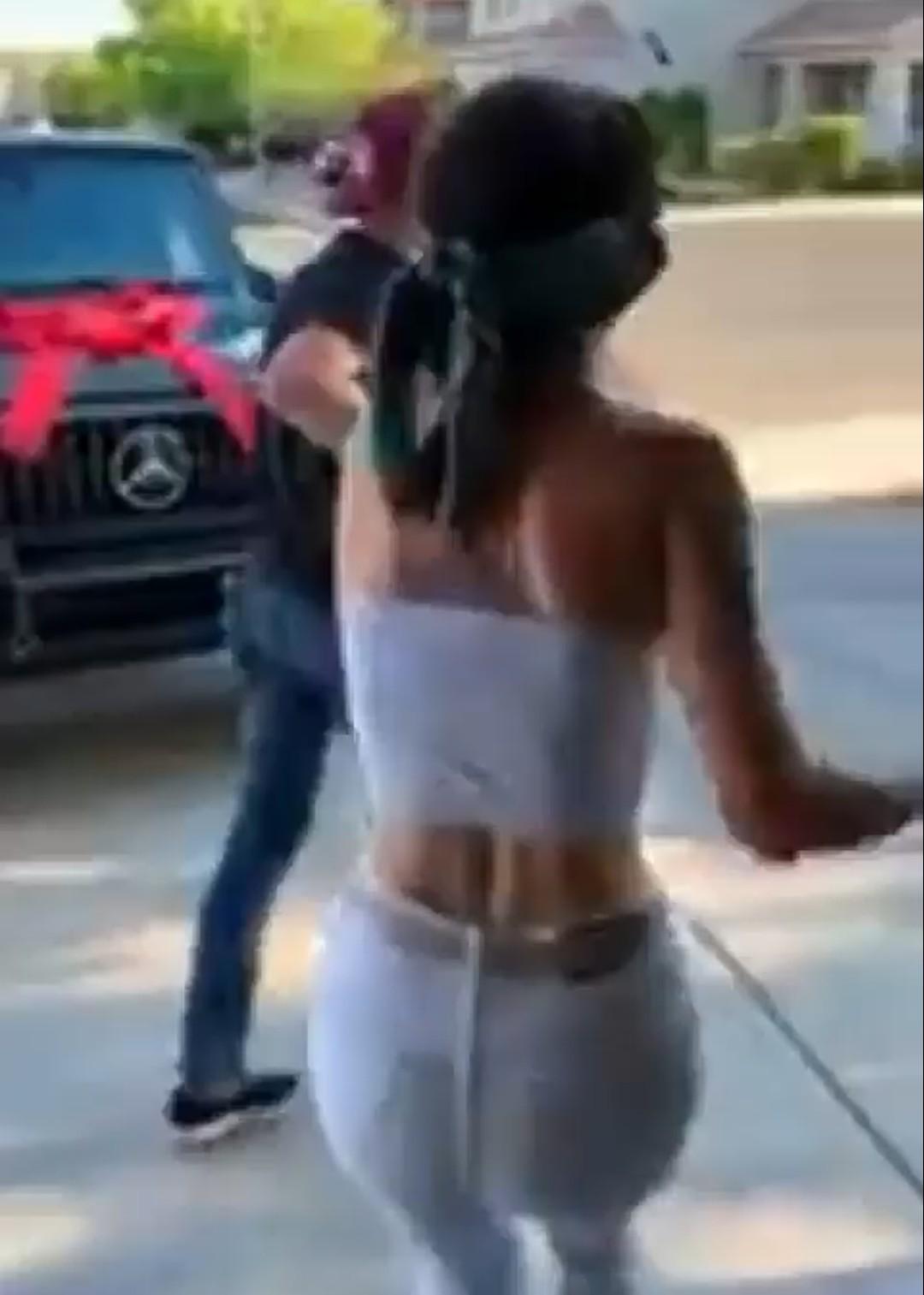 He covered her eyes with a cloth and led her tCar Gift, o the place where the ride was parked. However, on seeing the ride, she burst into tears and rejected the offer, saying it isn’t the color she wanted.

Her boyfriend stood in shock over her action as he wasn’t expecting her to reject such a costly gift.
Watch the video below;

In another story, a  Video making rounds online showed the moment a lady rejected her boyfriend’s public proposal. In the Video, her boyfriend could be seen standing on his feet as he pleaded she close her eyes tightly while stretching out the engagement ring towards her.

As she opened her eyes, she saw him standing on his feet to propose and she was offended that he didn’t go on his knees to propose to her.

Her boyfriend on the other hand insisted that kneeling down doesn’t prove anything. He turned down all her efforts to make him kneel down and she walked out immediately.

Teacher Sentenced To Life Imprisonment For Defiling His Pastor’s Daughter

Dismissed Soldier Arrested For Beating Up A Female Officer (Video)