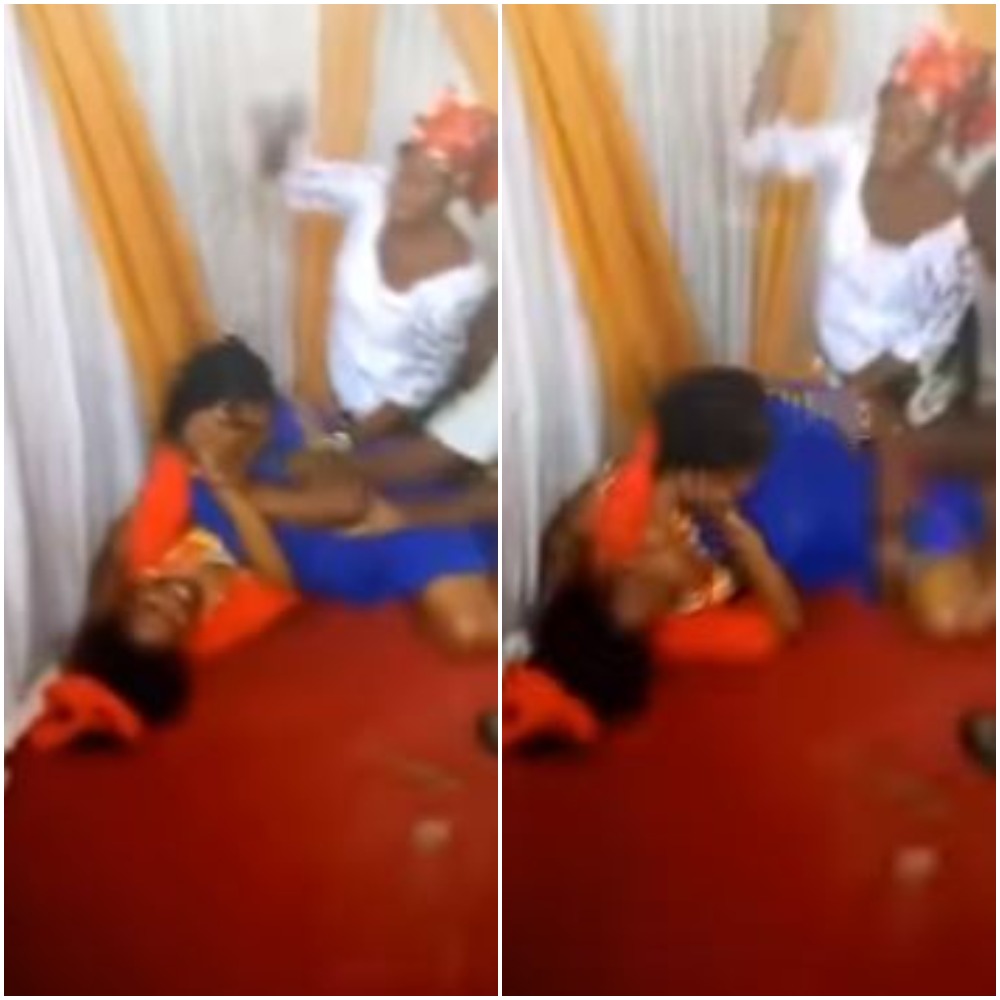 A viral video of a Nigerian pastor’s wife fighting dirty with her husband’s side chic, a deaconess daughter during church service has surfaced on social media.

In the video that has become a growing sensation, the Pastor’s wife, who’s yet to be identified as at the filing of this report, was pictured fighting with her husband’s side chic while the church members watched in amazement in Umuahia.

According to the man, a member of the church who captured the scene on camera, revealed that the mummy on blue is Mrs Akaa, wife of a Pastor had confronted her husband’s side chic, a daughter to a deaconess in the church, which led to a serious fight. The lady’s mother was also filmed trying to separate them in church.

Married Man Sets Self, Side Chic On Fire (Video)

@Jotham.fd wrote; ‘The Bible says “The violent taketh it by force”… she’s just practicing what she preaches. I’m here for it.”