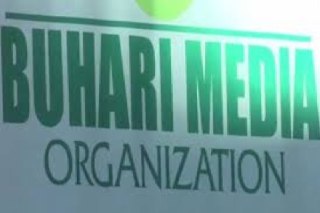 The Buhari Media Organisation (BMO) has described President Muhammadu Buhari’s outing in the interview with Arise TV Thursday morning as a display of the forthrightness and honesty that he has brought to bear on governance in the last six years.

In a statement signed by its Chairman Niyi Akinsiju and Secretary Cassidy Madueke, the group said that these are some of the characteristics that endeared him to millions of Nigerians who twice elected him into office.

“The President’s lucid and direct response to the Arise/This Day team on all the issues thrown at him showed the level of honesty that he is known for, locally and internationally.

“We know that some individuals would rather see the unexpected interview as a rare one, but it was glaring to discerning Nigerians who watched it that the President came out without equivocation on the contemporary national issues raised by the interviewers.

“There was no parrying of questions and no effort at red herring. What Nigerians saw in that interview was vintage President Buhari responding in a clear, direct, and honest manner, much like the way he has been delivering on the mandate he was twice given at the ballot.

“For instance, he was honest in reminding his interviewers and the viewing audience of the failure of the former ruling Peoples Democratic Party (PDP) to develop the nation’s road, rail, and power infrastructure at a time Nigeria was making crude sales at an average of $100 per barrel with a production quota of 2.1 million barrels a day. He noted that his administration knew that infrastructure development would facilitate economic diversification.

“The President also did not pussyfoot on the security challenges in the North West where he is from, noting that people from the same culture, who speak the same language were killing themselves and made it known that security agencies have clear orders to deal ruthlessly with the bandits.

“Not only that, he showed a very good understanding of governance and was quite emphatic about how some governors have been acting, contrary to what is expected from them on local government administration and local security matters.

“The only thing the President did not do was to mention the erring state governors, but his message was clear on how he expects the sub-nationals to be run in line with constitutional provisions”.

The group noted that President Buhari’s position on the current security challenge and its implications, as well as other issues, underlined the seriousness of the administration.

“Like many Nigerians, we were glad to hear the President reaffirm his warning that individuals and groups causing mayhem across the country would be treated in the language they understand.

“By saying that he has told the military and the Police to be more brutal in dealing with criminal elements creating security challenges across the country, it is obvious that the President is not prepared to allow insecurity to overshadow the giant strides of the administration in infrastructural development.

“We see the charge as a reaffirmation of the tough stance the President recently delivered during a meeting with officials of the Independent National Electoral Commission (INEC), but which was twisted to mean that he was threatening genocide against a particular region and ethnic group”.

The group acknowledged that President Buhari showed in the interview that he is too modest to sing his own praises but assured Nigerians that posterity would judge him well on his achievements at the end of his tenure in office.

Buhari’s Aide Reveals He Is Unhappy Over Twitter Ban