UNBELIEVABLE: Fulani Family Clash Over Who To Inherit Wife Of Late Family Head 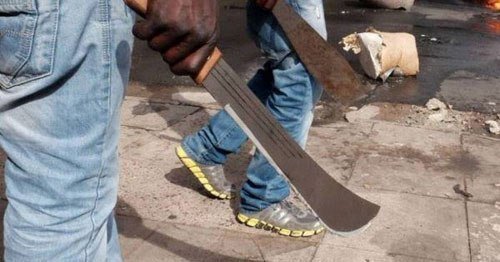 The death of a Fulani man in Ikoroku village in the Kaiama Local Government Area of Kwara State has caused controversies as family members fight over who would inherit his wife.

It was gathered that the family head, Alhaji Bello had died many days ago and that his young brother, Babbi Aliyu took over his wife.

The children of the deceased, however, disagreed with their uncle’s decision, accusing him of having hand in the death of their father.

Anaedoonline.ng understands that the disagreement resulted in serious fight and Babbi Aliyu was seriously injured in the process

The incident according to reports happened on Wednesday July 14. The spokesperson of the Nigeria Security and Civil Defence Corps in the state, Babawale Afolabi, who confirmed the incident, said the family members went for each others throat during a disagreement over who is the rightful person to inherit the wife of their family head, Alhaji Bello, who died recently.

Afolabi said late Bello’s younger brother took his wife as his own inheritance, however, the sons of the deceased felt that their uncle’s decision meant that he had a hand in the death of their father and subsequently accused him of such.

“The NSCDC operatives in Kaiama got a distress call and rushed to the scene to prevent further clash.

“According to report we got from our divisional office in Kaiama, after the death of one Alhaji Bello, his younger brother took his wife which did not go down well with the children of the deceased. They accused their uncle of complicity in the death of their father.

“The children of late Alhaji Bello vowed to take back their father’s wife from their uncle and this later ensued in a free-for-all.

Restructuring: Obasanjo Warned Us Not To Support Buhari – Oyinlola