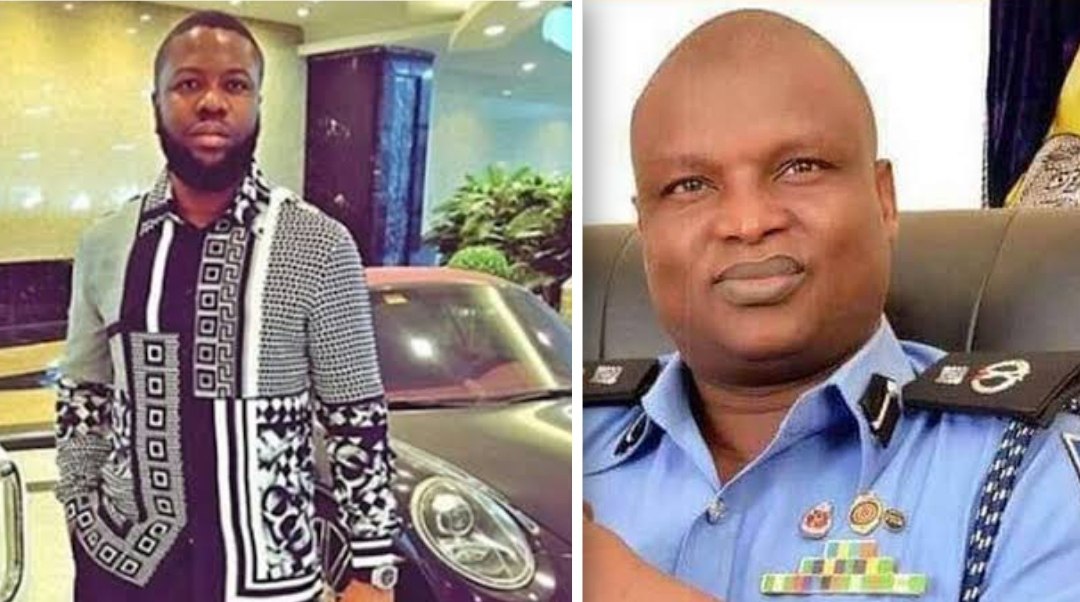 A US Court document has revealed the conversation between Deputy Commissioner of Police, Abba Kyari and internet fraudster, Ramon Abbas, popularly known as Hushpuppi over bribery and arrest of another suspected fraudster.

The Nigerian internet fraudster who recently pleaded guilty in the United States narrated how he bribed Kyari.

Prosecutor disclosed that Hushpuppi during interrogation revealed that he paid bribes to Kyari, to arrest Kelly Chibuzor Vincent following a dispute over a $1.1 million dupe of a Qatari businessperson.

Hushpuppi disclosed that the police deputy commissioner sent pictures of Vincent in jail and subsequently sent a bank account number to him to transfer funds inside the account.

However, Kyari took to his Facebook account to react to the allegation, claiming he only assisted Hushpuppi to get native clothes and caps worth N300,000.

He had claimed that he arrested Vincent, but happened after Hushpuppi alleged that Vincent was threatening his family here in Nigeria.

According to the document, after an earlier discussion with Kyari, Hushpuppi requested Vincent’s (also known as Chibuzor) contact details, which the latter provided.

Hushpuppi forwarded the contact details to Kyari and on January 15, 2020, Hushpuppi sent an audio recording to Kyari via WhatsApp, stating that he wanted to remind Kyari about what they discussed earlier.

On January 16, 2020, Hushpuppi sent the following threats to Chibuzor: “I dey always tell people to think well before they offend me and make them make sure they fit to stand the consequences when the time comes. I won’t say more than that but very soon, very, the wrath of my hands shall find you and when it does, it will damage you forever. At this point I no get a discussion with you, you have committed a crime that won’t be forgiven, that is punishable and you shall receive die (sic) punishment in due time. I swear with my life, you will regret messing with me, you will even wish you died before my hands will touch you.”

Later on, Kyari confirmed the arrest and detention of Vincent Chibuzor to Abbas (Hushpuppi), who requested an account number to which he will send the bribe meant for Kyari’s team members.

Hushpuppi also pleaded with Kyari to inform his team members to deal with Vincent like an armed robber.

The transcript of their conversation goes thus:

First, Kyari sent a message to Hushpuppi saying, “We would pick him today or tomorrow.”

Abbas (Hushpuppi) wrote, “I will take care of the team also after they pick him up.”

It also stated that on January 20, 2020, Kyari sent biographical, identifying information for Chibuzor to Hushpuppi.

Their conversation goes thus: Abbas (Hushpuppi) confirmed “that is him, sir.”

Kyari stated, “We have arrested the guy . . . He is in my cell now. This is his picture after we arrested him today.”

After receiving the photograph of Vincent/Chibuzor, Abbas (Hushpuppi) said, “I want him to go through the serious beating of his life.”

In response to Kyari’s question about what Chibuzor had done to Abbas (Hushpuppi), Abbas sent Kyari an audio message.

“’This money—is me who can help you to get it. Come to mele—bring this money you want to pay these people to me. I’m the only one who can help you,’ and all these things to divert the job for himself.”

After listening to the message, Kyari simply said he understood without requesting other information or evidence relating to Chibuzor’s role in the scheme, or any questions about the nature of the transaction, the document added.

Hushpuppi further said he wanted to pay money to send Chibuzor to jail for a long time, stating “Please sir I want to spend money to send this boy to jail, let him go for a very long time.”

Kyari responded, “Ok bro, I understand I will discuss with my team who arrested him . . . And handling the case. We will do something about it.”

Hushpuppi responded, “Let me know how I can send money to the team sir, let them deal with him like an armed robber.”

Kyari responded, “OK I will send their account details to u.”

Hushpuppi further wrote, “He betrayed me and try (sic) to take food out my mouth, this is great punishable sin,” and Kyari responded, “Yeah bro.”

Hushpuppi said, “I want him to suffer for many years.”

The document stated that some minutes later, Kyari provided the account information for a bank account at a Nigerian bank, Zenith Bank, in the name of a person other than Kyari himself.

This showed that Hushpuppi planned to pay the Nigeria Police Force officers who arrested Chibuzor for that service.

A part of the document stated, ”This was not the only time that Abbas arranged payments with Kyari. On May 20, 2020, Abbas sent Kyari transaction receipts for two transactions from accounts at Nigerian banks (GTBank and Zenith Bank) of a person Abbas knew in the U.A.E.—a person also arrested with Abbas in Abbas’ apartment in the U.A.E. by Dubai Police on June 9, 2020—to the Nigerian bank accounts of another person in Nigeria.

“The amounts on the transaction receipts totalled 8 million Nigerian Naira, which was approximately $20,600 based on publicly available exchange rate information.”

Why Jaruma ‘Kayanmata’ Can’t Work On Me – Obi Cubana