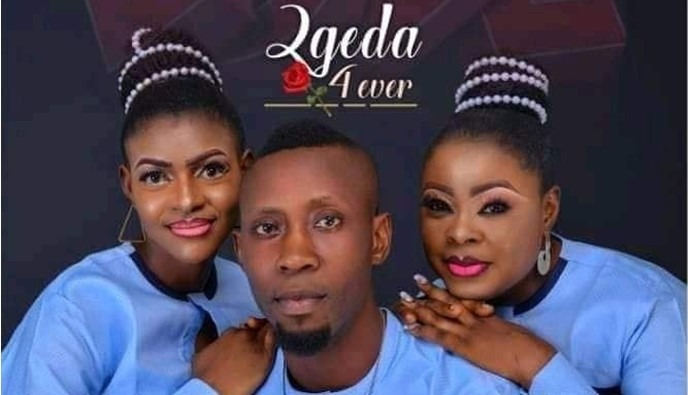 A Nigerian man simply known as Akpove is reportedly set to marry two women on the same day in Delta State.

A photo of the wedding invite is currently circulating on social media platforms.

The two women that Akpove will be getting married to are named Kome and Maro.

According to the wedding IV, their marriage will hold in Lagos-Igbide, Isoko South Local Government Area of the state on Sunday, August 15.

Akpove’s planned wedding is already a topic of discussion online.

Unbelievable: Church Refuse to Wed Couples Because They Are Jobless

Ifeoma’s verdict wrote; Polygamy is now the new monogamy.. someone said even if you share 10 women to a man, women go still full everywhere, its like its beginning to be true.

Anonymous; Dream of most men, including those that will come here to talk rubbish

frank Anderson; confirm nigga , na to the cream the two women the same time bro haaa too much enjoyment

Busta; If you can handle it The bible never condemned polygamy

JUST IN: Igbos Will Not Fight Another War – Uwazuruike