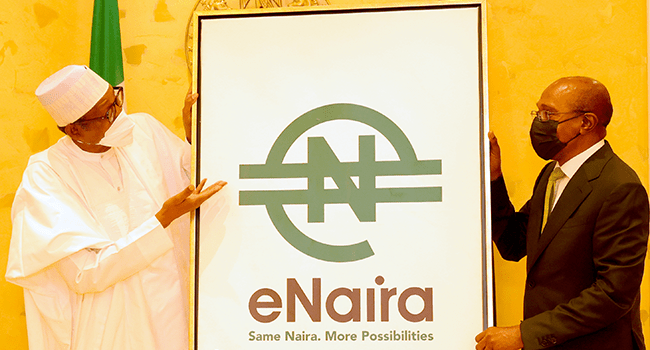 The Central Bank of Nigeria has launched eNaira and they are all excited about it. In Aso Rock and the top echelons of the apex bank. But in the streets, in banking halls, on social media platforms, and elsewhere, everywhere people who understand how digital currencies work and who have no affiliation to APC or CBN are, there are gaps to fill. A lot of them.

There are more questions than answers about eNaira and this is not good. Questions such as how large would the value become tomorrow and how soon are the right questions. People are asking the wrong questions about eNaira.

Which is the first reason I am not impressed.

1. CBN is on a trial mode and denying it

There is nothing wrong with trying out a new policy or idea. But if you are selling this idea as a finished good, you are dishonest or dumb about how the digital world works which is even worse. There are a handful of countries on earth experimenting with Central Bank-backed Digital Currencies, CBDCs.

But we are the only ones not emphasising it.

“We have become the first country in Africa and one of the first in the world to introduce a digital currency to our citizens,” Buhari said at the official launch. It sounded like a declaration of achievement and it is to his government, another feather to their governing cap.

So it wouldn’t make sense to call it a trial. Trails are no achievements. So this is the main thing. CBN did admit on their launch statement that the system would still undergo modifications but this is not an admittance of a beta version because even the best apps still get modified from time to time.

2. ENaira is centralised – a launchpad for disaster

ENaira would operate on the Hyperlegder Fabric, a private blockchain. With this the CBN has full control of what happens in the eNaira blockchain – it is the opposite of what happens with bitcoin. In bitcoin, it is decentralized meaning many entities are permissioned to run it.

With eNaira, there is nothing hidden, the CBN would have every single piece of information about your transaction just moving their mouse on their computer. Banks and fintech would have some information but it would be partial and controlled by the lord up there – CBN. In a real blockchain, even node has equal power and control their part of their end-users.

The privacy cryptocurrencies give their users is now defeated.

But privacy is the least of our problems – security is the big deal. One daring hacker penetrating the blockchain firewalls and everybody’s wallet is exposed.

CBN says they would regularly conduct IT assessment but the facilities and resources to do this are very expensive and CBN, a government agency with all the red tapes would struggle to raise this money, continuously, especially as the eNaira wouldn’t bring plenty of money into the coffers of the government.

Everything is not profit, you say; well, in Nigeria where even WAEC is expected to remit profit, if eNaira doesn’t it would soon run the risk of a loosened guard.

3. The eNaira is not a store of value

The central bank says the eNaira would help lower inflation. They say this because they have an elementary understanding of the cause of inflation to be the availability of physical cash. So they reckon that if they eliminate physical cash, they would reduce inflation.

The low percentage of the use of the internet in the informal sector has removed a huge chunk of pyres in this inflation-reduction fire. But this is not the game-changer. ENaira is not a store of value. It is the same value with paper naira which means eNaira is not affected positively or otherwise by market forces.

It is like being on an airplane but your speedometer is controlled by your twin brother’s Keke Napep. You won’t go far.

More and more Nigerians would resort to using the e-version of the naira to reduce the brutal cost of the paper naira.

It is only as a store of value that eNaira can grow. But the way it is, it is just another cashless gimmick, and Nigerians who are used to bank transfers and the POS don’t have any reason to join the platform. Why should I open myself to all the hassles and risks for the same value of the dirty naira in my back pocket wallet?

4. Enaira as a cheap means to transfer money into Nigeria is not advantageous

We have Paystack, Flutterwave, and Western Union as a means to receive money in Nigeria. CBN is saying the SWIFT is too costly and their platform would eliminate all these costs and make it seamless for cross-border transfers.

This is not true.

There are three tiers of eNaira wallet. The first has 50K as the daily transfer limit, the second 200K, and the third one million naira. 50 thousand naira is the tier for users without BVN. So your uncle in Texas who does not have a bank account in naira cannot send you more than 50K at a go.

Even Nigerians with BVN abroad, you have to fund your Nigerian bank account with naira in order to send eNaira to Nigeria. If you are allowed to use your dollar card to buy eNaira, I don’t know if this is allowed, if it is, you would have to work with CBN’s exchange rate.

It doesn’t pay either the sender or receiver to use eNaira. The only winner is CBN’s ego.

5. It is a gateway for money laundering

Let me rephrase: They would say they have burned 100 million eNaira. Not the banks/fintech in the second stage of the ladder, not the end-users in the bottom rung can ascertain that indeed 100 million digital nairas have been burned.

CBN has full control of the system and you just have to take their words for it. ENaira would become an avenue for money laundering. E-laundering.

Other problems with the eNaira include the fact that the central bank says it would aid taxation which is another word for multiple taxations.

They said it would be easier for FG to reach Nigerians for welfare programmes such as the Covid-19 palliative distribution. The question is what information would eNaira give the authorities that BVN does not already have?

And if the spread of smartphones and the use of digital platforms would play a part, then there would be more southerners using the Speed eNaira app. Do you see the Nigerian government controlled by the Hausa-Fulani hegemony using a platform dominated by southerners to pay palliatives?

Reality Star, Sammie Laments Over Pressure That Comes With Fame