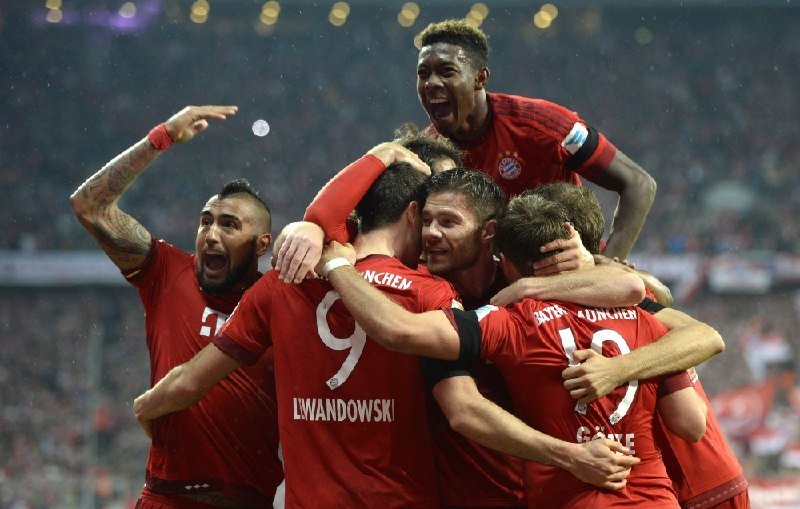 At least five players of Bayern Munich are currently in quarantine after testing positive for the dreaded COVID-19 disease.

The Bundesliga club is facing such a setback ahead of their UEFA Champions League clash with Dynamo Kyiv on Tuesday, November 23, 2023.

The likes of Joshua Kimmich, Serge Gnabry, Jamal Musiala, Eric-Maxim Choupo-Moting, and Michael Cuisance have been reportedly placed in self-isolation over issues of vaccination.

This is coming after the club’s manager, Julian Nagelsmann, had as well missed four of the team’s games after contracting COVID-19 despite being vaccinated.

Bayern Munich midfielder, Joshua Kimmich is said to have also admitted that he is not vaccinated. Daily Bild reports that Munich is planning to dock the pay of all five unvaccinated players during their isolation period.

Speaking on his squad’s well-being ahead of their Tuesday game, Nagelsmann said: “The players who are not vaccinated understand that the risk of missing games or training sessions is much greater as an unvaccinated person than as a vaccinated person.”

The coach disclosed further that Bayern would be without eight first-team players for this week’s UEFA Champions League game against Dynamo Kyiv.

Gnabry, Musiala, Choupo-Moting, and Cuisance were all placed in quarantine hours after reports emerged in German media about pay cuts. Their vaccinated teammate Niklas Süle had tested positive for COVID-19 last week.

Anaedoonline.ng understands that Munich had made it to the knockout stages of the UEFA Champions League before the coronavirus catastrophe.

The development is observed to have contributed to Munich’s 2-1 defeat to Augsburg on Friday. Meanwhile, the club will also face title rivals Borussia Dortmund on December 4.

See Male Celebrities Toke Makinwa Will Like To Have S3x With

LATEST: China Rejects U.S Investigation Into The Origins Of The COVID-19