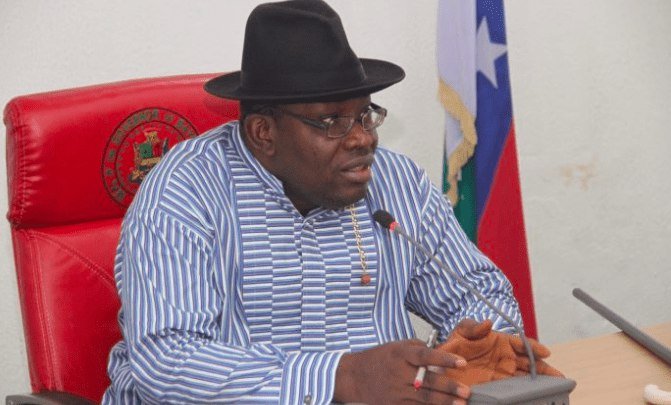 Former Bayelsa Governor, Seriake Dickson, has reacted to the perpetual injunction order restraining the Economic and Financial Crimes Commission (EFCC) from prosecuting him.

Anaedoonline.ng reports that the anti-graft agency had arrested and interrogated Dickson in August over non-declaration of assets, alleged corruption and abuse of office.

The EFCC alleged that the former governor misappropriated about N1 trillion while in office and acquired assets and ran his family investments with money allegedly belonging to the state.

Dickson Warns Buhari Not To Sign PIB Into Law Or Else…

However, the Senator representing Bayelsa West in the National Assembly had denied the allegation, describing the petition submitted against him as frivolous.

Dickson stated that his family investments, Seriake Dickson Trust Incorporated, were made between 1996 and 2012 before he became governor and were funded by loans and advances and repaid from salaries, allowances, savings and others.

During a hearing on Wednesday, Justice Isah Dashien of the Federal High Court in Yenagoa, Bayelsa state ruled in favour of the former governor.

In a judgement, the judge said that the assets were acquired with loans when Dickson was a member of the House of Representatives and had been declared at the Code of Conduct Bureau (CCB) before he became a governor.

Reacting to the ruling, Senator Dickson expressed happiness over the judgement, saying that he has been vindicated by the court.

The former governor thanked the judiciary for their intervention and urged Nigerians to support an independent judiciary and public institutions, including the EFCC.

He also urged operators of the institutions to be dispassionate and fair in carrying out their sensitive responsibilities, stressing that the agencies were doing a very important job and should be supported.

The former governor asked those in authority to allow all institutions to do their job without undue pressure and asked Nigerians to work towards strengthening them.