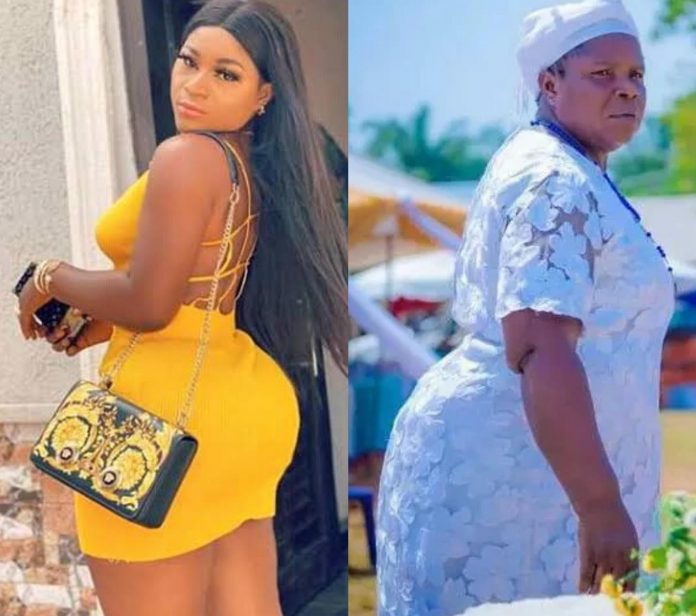 Amid the existing rift between the two Nollywood stars, Destiny Etiko and Luchy Donalds, a report on Destiny Etiko’s mom seems to be making the rounds online.

According to the post, shared by the controversial IG blogger, Cutie__juls, the recent beef between Destiny and Luchy could be traced to Dramadoll’s mother’s gene.

The report held that the actress’ mother during her heydays used to engage in several unhealthy competitions with her colleagues and when some of them get movie roles from producers, she institutes gossips and side talks all in a bid to divert the role to herself.

The piece also disclosed that the actress’ mom who is known as Mrs Etiko was very popular during 1999, 2000, and 2001 and all old Enugu actors know her so well. 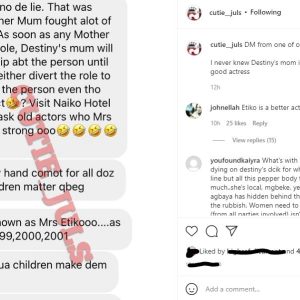