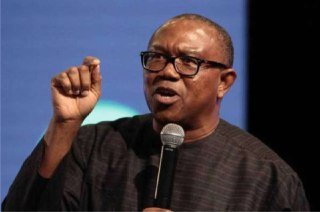 Former governor of Anambra state, Peter Obi has revealed how he got over N200 million for humanitarian service.

Speaking during his visit to Madonna Catholic Hospital, Umuahia, where he donated N1.5m, he said that his reason for giving was due to his passion for humanitarian service.

He said “What I do is planned giving and the intention is to awaken people’s consciousness and consciences about the need to do good for humanity.

“It has nothing to do with being in government or politics.

“And I want people to know that being in politics is not only about contesting and winning elections but finding a way to touch lives positively in or outside government.”

The politician maintained that he has given over N200m to more than 150 schools, which included about 40 health institutions, across the federation while also stating that the funds were gotten from his personal resources and support from friends and people around him.

“My donations to hospitals are to help defray the bills of indigent patients, who were discharged but could not go home because they could not afford to pay their bills,” he said.

Obi was accompanied on the visit by Mr. Patrick Nky-Obi, his former Commissioner of Urban Development.