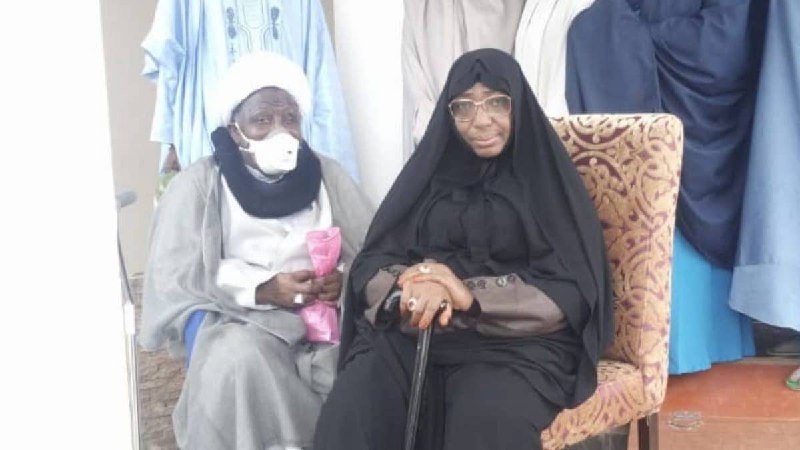 The Department of State Services (DSS) on Monday stated that it took good care of the leader of the Islamic Movement of Nigeria (IMN), popularly known as Shiites, Sheikh Ibrahim El-Zakzaky while he was in their custody.

The secret police made the submission on Monday while reacting to allegations by El-Zakzaky that the money meant to take care of him and his wife while they were in custody was diverted.

Anaedoonline.ng recalls the Shiite leader during an interview with Punch during the weekend said DSS diverted up to ₦4m meant for their monthly allowance including feeding.

He said they had to source funds for their own upkeep while in custody.

The Shiite leader claimed that security operatives are sent by the government to unleash terror on innocent Nigerians, adding that the officers have become an instrument of terrorism.

However, the DSS Public Relations Officer, Dr Peter Afunanya in a reaction on Monday to the allegation said there’s no truth in what El-Zakzaky said.

Afunanya added that the DSS is guided by the rule of law and doesn’t maltreat anyone in its custody.

He said in a Whatsapp message: “The Service is completely guided by the Administration of Criminal Justice Act (ACJA) which governs its suspect handling rules.

“It is unfortunate someone like him chose to lie. Possibly he lost complete memory about the facts and the truth.

“The DSS doesn’t maltreat suspects. While in India years back, he chose or preferred to be returned to the DSS custody.

“Why? Because according to him, he had better treatment. So, we will ignore him.

“Those who have issues before the court should face their cases and stop blaming the DSS.

“We respect the laws and will always be governed by the principles of rule of law.

“The DGSS, Alhaji Yusuf Magaji Bichi, is a democrat who respects rules of engagement and democracy.”