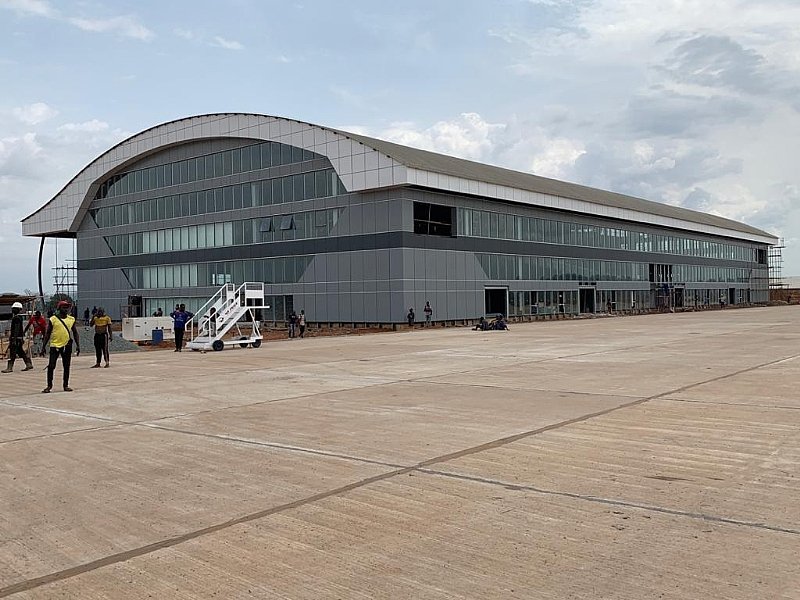 A group of herdsmen and their herd of cattle have invaded the newly built and commissioned international cargo and passenger airport in Anambra State.

This has since brought about fear and confusion particularly to farmworkers close to the airport.

Umahi Reveals Why Open Grazing Was Banned By Southern Governors

One of the farmworkers, Ezinne Nwede, who works with Offor farms, sharing a border with the airport, told Daily Sun that they were gripped with fear when the cattle herders climbed the wire fence of the farm into the place to scare the workers from dissuading them.

A horticulturist, Udochukwu Uzor, from Anambra, contracted to plant palm trees at a farm near the airport, said he was terrified at sighting the “dreaded cattle rearers” that he was reluctant to do the job.

He said that about two months ago, the herders gained entry into the farm workers’ house at the nearby Offor farms to steal foodstuffs from one of the rooms occupied by farmworkers.

When contacted, the owner of one of the farms, Ikenna Offor, expressed very deep concern about the development.

He urged the state government to rise to the occasion, stressing that he thought the issues of open cattle grazing had been finally addressed by the South-East governors.

He said, “It is situations like these that give birth to certain anomalies that we sometimes experience in the country. So we need to nip this pending crisis in the bud before it rears its ugly head in a wrong direction.”

LATEST: Herdsmen Must Be Protected, They Are Nigerians – Abdullahi Adamu