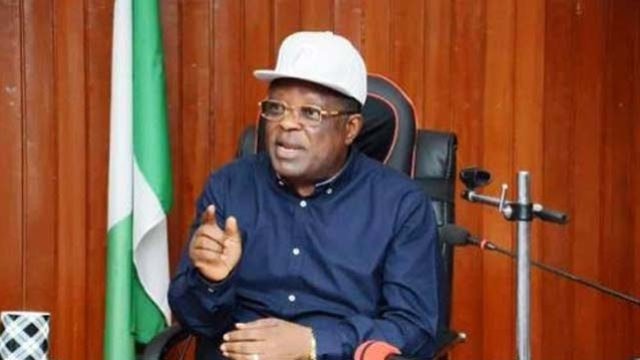 Governor David Umahi of Ebonyi has said that the state’s House of Assembly is not a rubber stamp assembly.

Umahi made the assertion in Abakaliki while signing the state’s N145.4 billion 2022 budget into law.

The governor said notwithstanding negative views in some parts, the house is knowledgeable in the art of law-making and understands the Constitution of the Federal Republic of Nigeria.

“Anyone who thinks otherwise can go and try them and get floored.

“The members are committed to uplifting the state; they call off their recesses anytime their attention is needed,’’ he said.

Umahi assured that the state government would ensure the completion of its projects in 2022.

“These projects include the airport, the stadium and flyover road projects among others.

“We intend to turn the state’s university into a one-campus structure to enable the new University of Aeronautics to use the `Presco’ campus as its temporary site.

“The new University for Information Communication Technology will also use the College of Agricultural Sciences campus as its temporary site,’’ he said.

N50 Charge For Use Of PoS Begins

In his remarks, Hon. Francis Nwifuru, Speaker of the House of Assembly commended the governor for ensuring prudent management of the state’s resources.

“We are happy to report that the 2021 budget had over 70 per cent implementation which has helped in the overall development of the state.

“We interfaced with relevant governmental agencies in reviewing the budget and would always collaborate with other arms of government to make the state better,’’ he said. (NAN)

LATEST: CAN React As FG Limits Religious Gatherings To 50%

Umahi Reveals No Regret Describing President Buhari As His Father