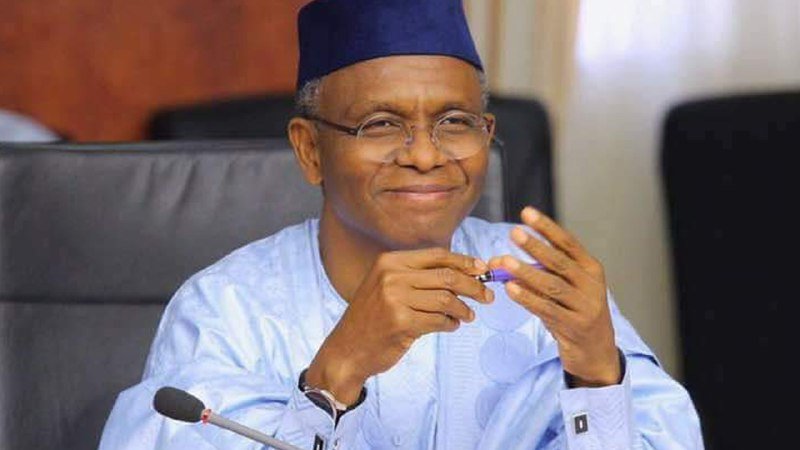 Governor of Kaduna State, Nasir El-Rufai, has suggested that forests in the North should be bombed to aid the fight against banditry.

This, he said, would help to wipe out bandits, while speaking on Arise TV on Monday.

He also called for more investment in security personnel, technology, and military equipment.

The governor said, “These bandits operate in the periphery because their hiding place is in the forest. It’s a major problem. The security agencies are doing their best but they are overstretched.

“Ramp up the number of boots and more technology and more investment in armament and wipe these guys once and for all.

“I’ve always believed that you know, we should carpet-bomb the forests; we can replant the trees after. Let’s carpet-bomb the forests and bomb all of them. There will be collateral damage, but it’s better to wipe them out and get people back to our communities so that agriculture and rural economics can pick up.”

This is coming after the Federal Government said insecurity was a major setback for the country in 2021.

According to the Minister of Information and Culture, Alhaji Lai Mohammed, no fewer than 1,927 terrorists and bandits were neutralised while 3,831 civilians were rescued in 2021 in various operations set up by the military.

He added that more than 22,000 terrorists including their families surrendered in the North-East Zone within the year.

The minister, who identified insecurity as the biggest challenge of the administration in the outgoing year, said that the military had continued to live up to its billing.

He said to keep the country safe, the Armed Forces of Nigeria had set up various operations across the country including the Joint Task Force in the North East, tagged Operation Hadin Kai.

According to him, with a combination of kinetic and non-kinetic operations, more than 1,000 terrorists were neutralised in the North East while 2000 civilians were rescued by operation Hadin Kai.

He said many arms and ammunition were recovered in addition to the destruction of several IED/bomb-making factories of the ISWAP/Boko Haram terrorists.

Mohammed said under Operation Hadarin Daji in the North West Zone, the conduct of offensive clearance operations, raids, and air operations resulted in the neutralisation of no fewer than 427 bandits.

He added that 257 bandits were arrested, 897 civilians were rescued and 3,087 livestock were also rescued in the zone.