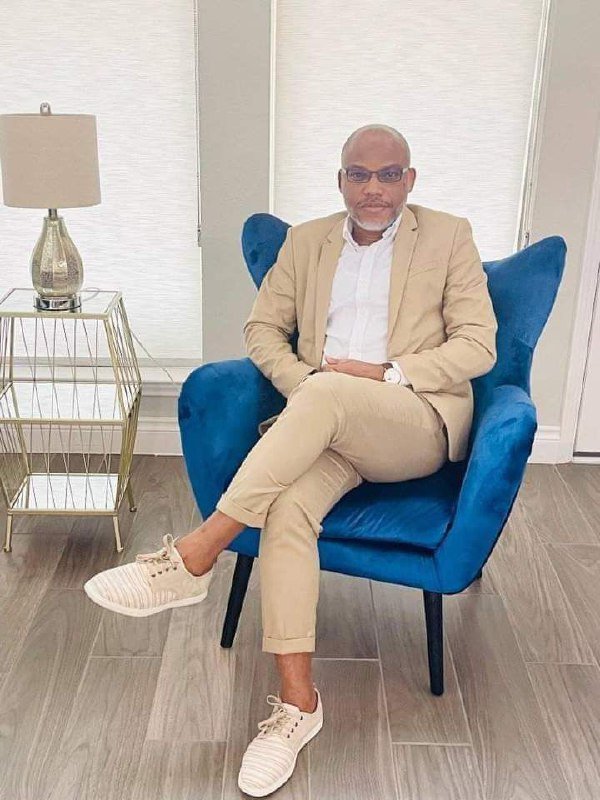 Leader of the Indigenous People Of Biafra, Nnamdi Kanu, has invited representatives from the United Kingdom, United States and United Nations to observe court proceedings during his next trial.

This was contained in a letter written to the two countries and UN, copies of which were obtained by our correspondent on Wednesday.

Lawyer Ifeanyi Ejiofor, who wrote the letters on behalf of the IPOB leader, said the presence of the representatives would ensure fair hearing.

Anaedoonline.ng had reported that Nnamdi Kanu is facing a seven-count amended charge preferred against him by the Federal Government.

The trial is expected to continue at the Federal High Court, Abuja Division on January 18, 19, and 20.

The letter titled, ‘Request for delegate(s)/representative(s) to observe court proceedings …In Re: Charge NO. FHC/ABJ/CR/383/2015, Federal Republic Of Nigeria V. Nnamdi Kanu’, read:

“We write this letter on behalf of our client and with his consent and authority. In view of the foregoing, may we, gratefully, please, request you to send representative(s) to observe the proceedings of the court on those adjourned dates and on any other date to which further proceedings in the cause may be adjourned until the matter is disposed of.

“The need to ensure that our client is given a fair trial has compelled us to make this request. The instant request is compelling in the circumstance, to ensure that the whole process of our Client’s trial is fair and just in all circumstances. It must be remembered that his purported indictment on criminal charges has a political undercurrent.

“This fact impels all truly democratic institutions of the world, to keep a close, watchful and attentive eye on the whole judicial process that has intervened to determine his culpability. The Nigerian Government, clearly, has a profound interest in the criminal charge pending against our client and the outcome of his trial.

“The said Government overreached itself by ensuring that our client was brought back to Nigeria by every means possible. Some leading members of the Government have also made certain unsavoury comments about our client. For this reason, we view as compelling the need to invite representatives of true democratic institutions of the world to observe court proceedings in relation to his trial.

“Further, we view the recent extra-judicial comment made by the President of the Federal Republic of Nigeria in a media chat he had with two journalists about the pending trial of our client with circumspection. We firmly believe that the comment approximates a taunt. To forestall any undesirable consequence that may eventuate on it, we consider it expedient that truly democratic institutions of the world send representatives to observe proceedings of the trial of our client.

“We firmly believe that the presence of those representatives in court would make all parties tow the path of honour and rectitude and assure the fair trial of our client.

In view of the foregoing, and anticipating your indulgence, may we then respectfully request you to forward to us the name of at least a representative, to enable us formally notify the court of his expected presence in court on the adjourned dates.

“We also wish to use this opportunity to appeal to the United Nations to prevail on the Nigerian Government to caution her security agents. They should exhibit a modicum of civility in their operations and must refrain from harassing, intimidating, and or arresting innocent civilians who may throng the court premises on the 18th, 19th and 20th of January, 2022, in demonstration of their unwavering solidarity to our client.

“It is on record that these civilians who have remained devoted and steadfast in their commitment and solidarity have conducted themselves peacefully and in the most civil manner. It is also on record that, notwithstanding the fact that these civilians have always been peaceful in their conduct and show of solidarity, the security agents have continued to harass intimidate and arrest them. Many of these persons so arrested are still languishing in various detention facilities in Nigeria.”