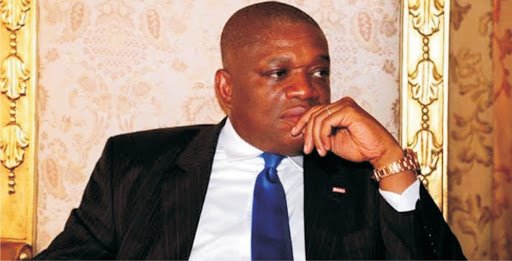 “State police is not an option. Find out the relationship between local government and the governors,” Mr Buhari said in an interview with Channels TV.

Ex-Governor Orji Kalu of Abia, an APC chieftain, has distanced himself from President Muhammadu Buhari’s stance against state police.

Orji Uzor Kalu on Thursday said he doesn’t share a similar sentiment with President Muhammadu Buhari on the issue of state police.

“Even when I was governor, I’ve always believed that we should have state police. I don’t have the same opinion with the president (Mr Buhari) on state police,” Mr Kalu pointed out during an interview this week with ARISE TV.

He added, “I’ve always believed that if we have a bill or an act that can convince the Assembly with the constitution, why not.”

The president has not hidden his disdain for state police, claiming governors will use them as a witch-hunt tool to intimidate and harass their critics and opponents.

“State police is not an option. Find out the relationship between local government and the governors,” Mr Buhari said in an interview with Channels TV.

In the absence of state police, the South-West and the South-East governors had established regional security outfits (Ebube Agu and Amotekun) to stem the rising violent attacks of killer herdsmen and other criminal elements in their regions. In the North, there are vigilantes and the so-called civilian JTF.

“Let the people in local government tell you the truth: the fight between local governments and the governor. Are the third tier of government getting what they are supposed to get constitutionally? Are they getting it?” the president asked.

Last August, the All Progressives Congress (APC) gave conditions for establishing state police across the country.

Speaking through Salihu Lukman, Director-General of its Progressives Governors Forum (PGF), this month in Abuja, the ruling party said it would only allow state police to operate if it was under the supervision and control of the federal police.

“There are conditions that must be met before any decision to establish state police can serve as a good response to Nigeria’s security challenges,” stated Mr Lukman. “This includes the requirement that processes of regulating the operations of the state police should be centralised as part of the functions of the federal police.”

He further noted that under that arrangement, “issues of recruitment, qualification, background checks for those to be recruited, enforcement of disciplinary requirements, arms procurement and training for weapon handling, among others, should be handled at the federal level.”

Governor Kayode Fayemi of Ekiti had in 2020 suggested a multi-level policing to address the insecurity challenges bedevilling Nigeria. Similarly,

Governor Rotimi Akeredolu of Ondo had called for the decentralisation of the police.