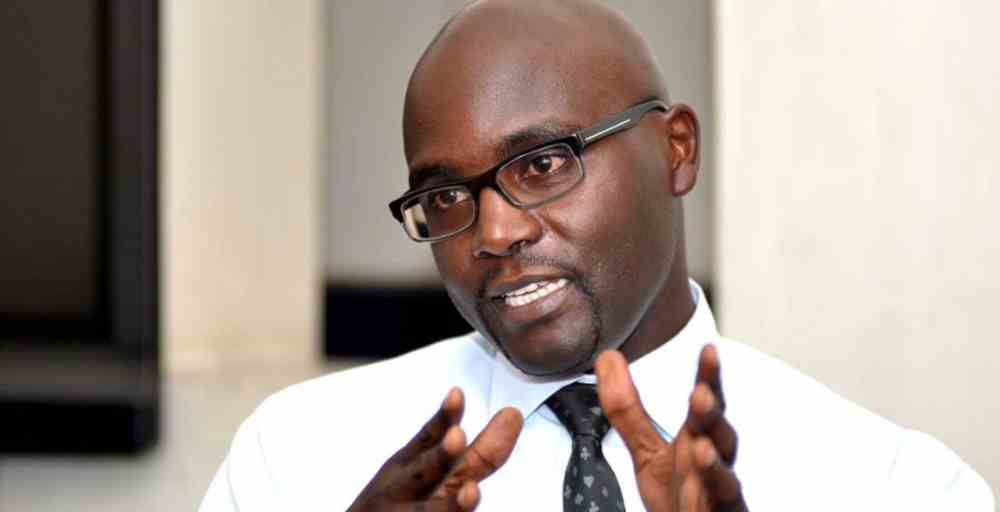 The society’s President Harrison Mumia who made the announcement over the weekend, said they’ve issued a 14-day ultimatum to allow the church reduce the noise.

He stated that failure to do so, will lead to a court case.

Mumia revealed that their concern follows alleged numerous complaints that the church located in Saika, along Kangundo Road, was generating too much noise, especially on Sunday mornings and Friday nights during overnight keshas.

He said; “We have received numerous complaints that PEFA CHURCH, based in Saika, along Kangundo Road, between Kwa Miti and Stage 18, is generating noise pollution on Sunday mornings and Friday Nights during.

“The loud noise that emanates from ?PEFA? church is intolerable to a lot of residents living near the church.

“We are giving them exactly 14 days within which to reduce the noise pollution at Saika Church, Kangundo Road. We plan to take legal action if the concerns of the complainants are not addressed conclusively.” 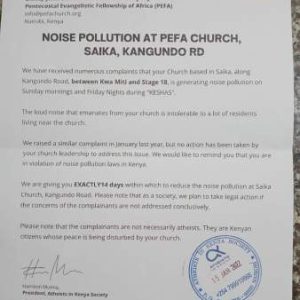