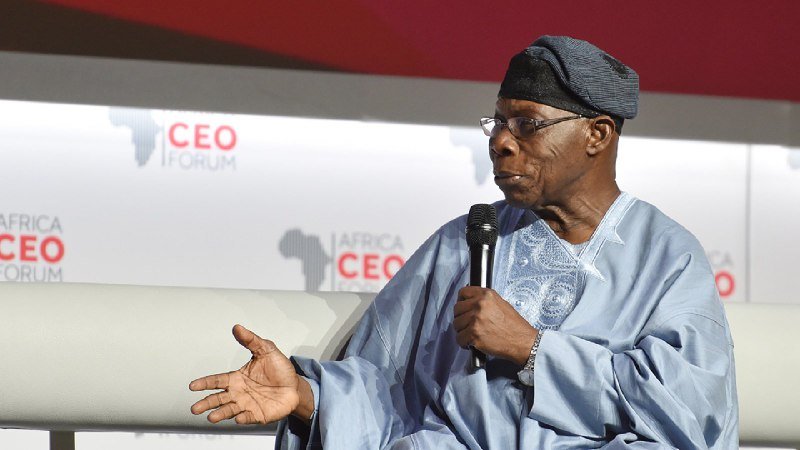 The former Nigerian President and elder stateman, Olusegun Obasanjo has said he would remain an elder statesman, as he is not planning on returning to the Peoples Democratic Party (PDP).

Recall that Obasanjo had dumped the PDP after falling out with former President Goodluck Jonathan ahead of the 2015 election.

He had also ordered the chairman of his ward to shred his party card to pieces in public, announcing that he had quit party politics.

Speaking on Saturday at his Abeokuta home while playing host to the National Chairman of the PDP, Iyorchia Ayu and others members, Obasanjo said that there is going back on his decision to leave the PDP and partisan politics.

Addressing a larger gathering of the PDP stakeholders after a closed door meeting, Obasanjo admitted that the PDP would continue to be part of his history.

He said “I’m no longer in partisan politics and there is nothing that can bring back. Anybody who wants my advice, I will always be there in the best interest of Nigeria.

“Whatever I do in my own life…because I became president on the platform of PDP, PDP will continue to be part of my life. Since the day I tore my PDP card, that was the day I ceased to be a member of PDP. That day I vowed not to be a member of any political party.

“I will continue to be a statesman.”

On his part, Ayu told Obasanjo that “if you leave PDP, the blood of PDP will never leave you.”

The party chairman said the PDP would always require his fatherly advice towards governance in Nigeria.