UCL: This Is Who To Blame For 1-0 defeat to Atletico Madrid – Maguire Reveals 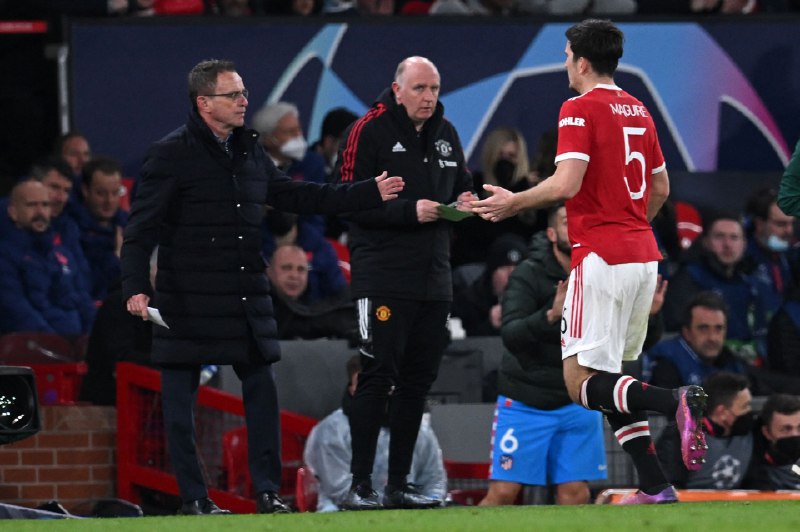 Following his side’s defeat in the Champions League round of sixteen on Tuesday, Manchester United captain Harry Maguire has pointed the finger at Atletico Madrid’s players.

He chastised the players for falling down too readily and squandering time during the Old Trafford match.

Renan Lodi’s first-half header was enough to separate the two clubs, resulting in a 2-1 aggregate win for the Spanish giants against the Red Devils.

As Manchester United pushed for an equalizer, Diego Simeone’s side utilized every trick in the book to slow the game down and frustrate them.

“European fashion… When questioned about Atletico Madrid’s tactics, Maguire said, “It’s not for me to comment on, but every time you touch someone, it’s a foul.”

“Anthony [Elanga] takes a header early on, heads it over, the goalie [Jan Oblak] clatters him, and he receives a foul.”

“It’s a new approach, but it’s possible that we can learn and develop from it.” We became frustrated and began to lose our form and velocity. It’s something we should take note of.”

“The decisions didn’t go our way tonight,” Maguire said, “but we had time enough to go back in the game and grab an equaliser and we didn’t do it.”

The Red Devils will now channel their strengths in making sure to qualify for the Champions League next season by finishing top for this season, but face challenges from Arsenal, Tottenham, West Ham United and even Wolves.

United are one point behind fourth placed Arsenal who also have 3 more games to play.