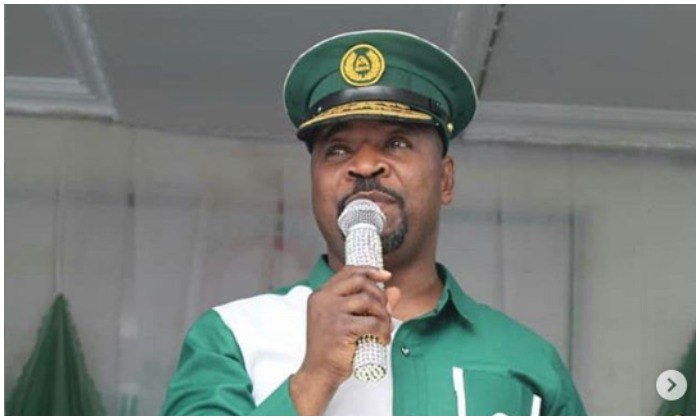 Musiliu Akinsanya, well known as MC Olumo, the Chairman of the Lagos State Parks Management Committee, has pledged to support Governor Babajide Sanwo-Olu for a second term in office.

MC Olumo stated this on Wednesday in response to news that Sanwo-re-election Olu’s had been backed by the Governor’s Advisory Council (GAC).

According to Anaedoonline.ng, the GAC is the All Progressives Congress’s (APC) top decision-making body in Lagos State.

Akinsanya’s spokesman, Jimoh Buhari, told Newsmen that his principle has committed to assist the governor in mobilizing three million votes from the union, friends, and family.

The media aide to the former NURTW boss stated that Sanwo-Olu has performed well in his first term and deserves to be re-elected.

Buhari said his boss has promised to work for the governor’s re-election bid by mobilising members of the transport union to support Sanwo-Olu for a second term.

He said: “MC Oluomo supports the endorsement of the governor and promised to work for him for the re-election bid.

“MC Oluomo believes that the governor will perform more than his first tenure because, in his first term, the state experienced the COVID-19 pandemic, #EndSARS protest, and others.

“Despite all these, the governor still performed well. He has promised the governor three million votes from the union, friends and family members. We are 100 percent for the governor.”