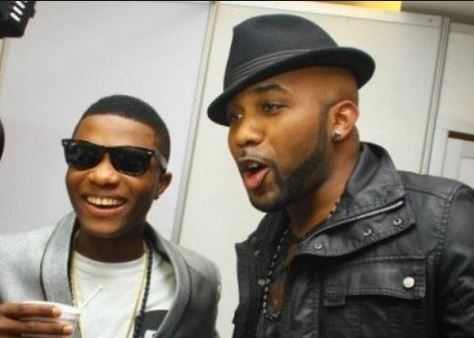 Ayo Balogun, better known by his stage as Wizkid, has responded to his former employer, Bankole Wellington, generally known as Banky W, in a recent interview.

In an interview with Ebuka Uchendu, the presenter of Big Brother Naija, Banky W alleged that Wizkid failed to fulfill his contract agreement when he was signed to EME.

Wizkid pledged to create five albums, but only two were completed when he quit the record label, according to Banky W.

He, on the other hand, maintained that their relationship is still amicable and that there is no hostility between them.

Banky W stated that he observed Wizkid’s ambition and drive to depart and did not stop him.

The EME boss when asked if he was not happy that Wizkid didn’t attend his wedding said, “I was disappointed he wasn’t at my wedding but I knew he was in Dubai for the One Africa Show”.

Wizkid who is known for keeping silent about issues relating to him on social media took to his Twitter account to react to the statements of his former boss.

The Grammy Award winner tagged the interview on his account and wrote, ” LOL”.

Questions have been raised on who the reaction was targeted at, if it was Banky W, Ebuka or his former boss’s wife, Adesua.

Sit-At-Home: Police Stations Locked As Officers Join Traders, Others To Comply With Order