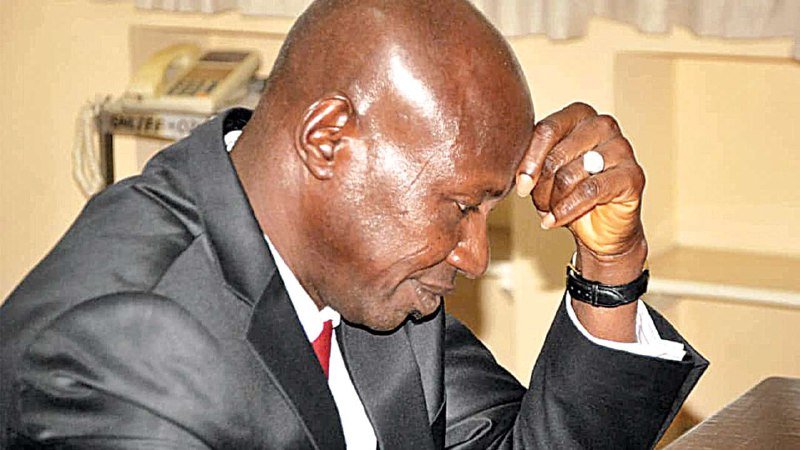 Austin Braimoh, a member of the Police Service Commission (PSC), claims he is unaware that Ibrahim Magu, the former acting Chairman of the Economic and Financial Crimes Commission, is under investigation.

He stated this in response to an allegation that the PSC is seeking to elevate the former EFCC Director-General to the position of Assistant Inspector-General of Police, just days before his retirement from the Nigerian Police Force.

Magu has not been indicted, nor does he have any case or pending disciplinary matter, according to the commissioner representing the media in the PSC, in an interview with Newsmen.

Magu is still in the Force and earning a pay, according to Braimoh, who was unaware of the recent decision to elevate the former EFCC official to AIG.

He stated, “I’m not aware that Magu has been recommended for promotion but the fact is that there is nothing before the commission indicting Magu. He is still a policeman and he is in the force receiving his salary. There is no report to the commission that this man is indicted or that he has a case or pending disciplinary matter.

According to Anaedoonline.ng, Magu’s experience began in July 2020, when President Muhammadu Buhari suspended him from his position as acting EFCC chairman due to charges leveled against him by the Attorney-General of the Federation, Abubakar Malami (SAN).

As a result, the former EFCC chairman appeared before a presidential panel led by retired Justice Ayo Salami, which was formed to investigate him for suspected fraud and insubordination.

Magu’s position as head of the anti-graft agency was suspended as a result of the panel’s conclusions.