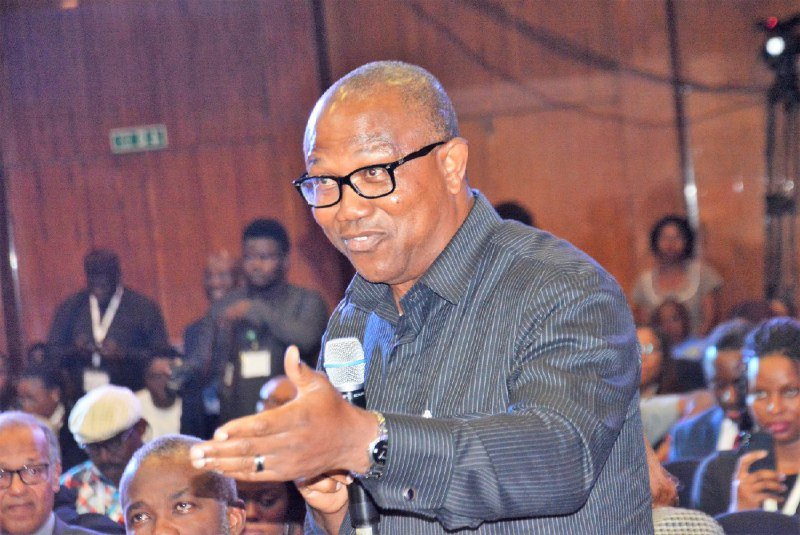 Peter Obi, the former governor of Anambra State, has stated that if elected president in 2023, his main focus will be on making Nigeria a productive country.

According to Anaedoonline.ng, Obi is running for the country’s top political office on the Peoples Democratic Party’s (PDP) platform.

The former state governor said it is impossible for a country to have millions of youngsters without a solid livelihood, speaking yesterday in Port Harcourt, Rivers State, soon after a consultative meeting with the party’s stakeholders.

Obi stated that his government will guarantee that Nigeria transitions from a consuming to a producing nation as quickly as possible in order to lift its inhabitants out of poverty.

The presidential candidate emphasizes that the country must live within its means by reducing government costs and investing in human capital development.

According to Anaedoonline.ng, Obi stated that lifting Nigerians out of poverty is a sine qua non, and that with the country’s enormous resources, it is poor to have such a large number of youngsters without a source of income.

He asked Nigerians to think about the country’s current status while deciding who to vote for in the 2023 general elections.

He said: “I am saying the same thing to Nigerians for the general elections. We must live within our means in this country. That is what we need to do urgently to take our people out of poverty.”

He added, “So we cannot allow our young people in their young age with the resources of this country to be living where they have no means of livelihood. That is what I want to do.

“That is why I said my basic function is to move the country from consumption to production. We have to change. No more sharing formula.