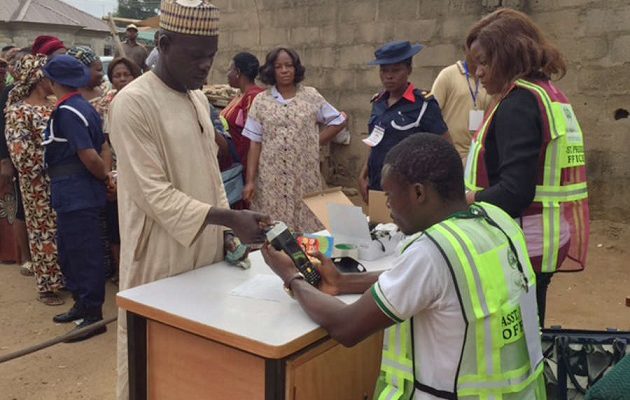 Below are five (5) reasons why you should vote for personality and not political party during election:

Political parties do not give citizens the opportunity to checkmate the antecedents of contestants. The parties select their candidates through party primaries( election by privileged few) claiming it to be the choice of the people and as so such the citizenry have no say in refuting their choices. But when citizens are presented with individuals to first make their choices based on their personalities, then the citizens will have the opportunity of considering their antecedents and deciding if they are fit for the positions they are vying for.

Political parties in Nigeria already have a structure on how to decipher national funds irrespective of whoever will occupy the political office. So it becomes really alarming that individuals occupying political offices work so hard in pleasing the political party they represent rather than that of the citizens. But an individual with know great and impressive personality, influences the ideology of the party he/she represent and that is to the favour of the people. Parties are meant to allow political competition for citizenry to select people who represent their ideas and interests in government.

Corrupt individuals usually find political parties as a perfect hideout to continue with their atrocious activities without remorse and subsequent escape from facing the law. Individuals operating with the modus operandi of the Political parties they are under, especially the parties in power assume the position of mini gods and carting away with public treasury “after all we are in it together so who will spill?” These sets of people increases the suffering of the masses and set the country on a rusted track. So it will be wisdom to vote in individuals that their wealth before assuming political positions can be tracked than individuals whose ill- gotten wealth was when the became the head of their towns meeting.

Party system in Nigeria is already polluted, it is no more based on cogent ideology which originally should be the basis for the formation of political party. Political parties in Nigeria as opposed to parties in other nations represents good deal of political opinions that the public can align themselves with, but parties in Nigeria act as means through which prominent figures can gain power and influence because we often times see these individuals switching parties in order to find the one that will give them the best chance of achieving authority.

Decision making has always been a critical point in every one’s life, but recurrent issues try to make it very easy in deciding ones next step in life. It is of great pertinent that you first consider recurrent issues in Nigeria’s political system before choosing who will decide how far your potentials will go in the coming election.