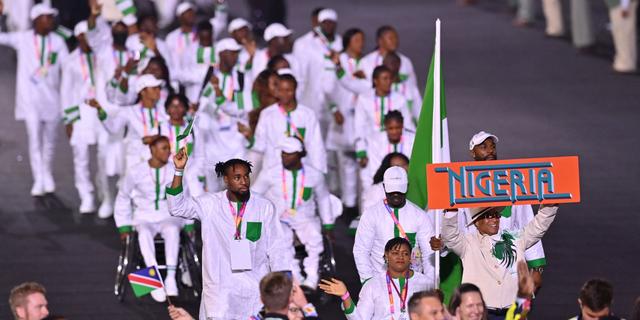 After day 10 of strong competition representation, “Team Nigeria” finished its campaign on Sunday. The 2022 Commonwealth Games come to a close on Monday.

Team Nigeria wrapped up its competition at the Games with 35 medals total—12 gold, 9 silver, and 14 bronze—placing them seventh overall on the log.

Nigeria needed one gold medal from the final competition to beat its previous record of eleven gold medals.

Ese Brume was aware of his responsibility and fulfilled it for Nigeria. In actuality, women took home all of Nigeria’s gold medals during the event.

After setting a new Commonwealth Games record of 6.99m on her fourth attempt, Brume put herself in a strong position to win the gold medal.

A few minutes later, on her final attempt, the 26-year-old smashed the Games record once more after clearing 7.00 meters to secure Nigeria’s final gold medal of Day 10.

On Sunday morning, Tobi Amusan also made history by becoming the second person in history and the first track and field athlete from Nigeria to successfully defend a 100-meter hurdles championship at a Commonwealth Games.

On the route to winning the gold medal in the competition, the 25-year-old Nigerian also broke the 12.30-second Games record.

Amusan, the current world champion and holder of the 100-meter hurdles world record, also made history by becoming the first Nigerian track and field athlete to win gold at two different Olympic competitions. She did this by winning gold at the 22nd African Athletics Championships in Mauritius in June and the World Athletics Championships in Oregon, USA, last year. With these victories, Amusan became the first Nigerian athlete to win titles at the African, Commonwealth, and world levels.

The men’s 4x100m team, consisting of Raymond Ekevwo, Alaba Akintola, Favour Ashe, and Udodi Onwuzurike, also made history on Sunday by winning the bronze medal. Since 1982, the men’s 4x100m relay team hasn’t won a medal at an event.

There are more over 5,000 competitors competing in 280 medal events from 72 different countries and territories.

Later tonight, at the Games’ closing ceremony, Victoria, Australia will receive the Games flag in preparation for the 2026 competition.