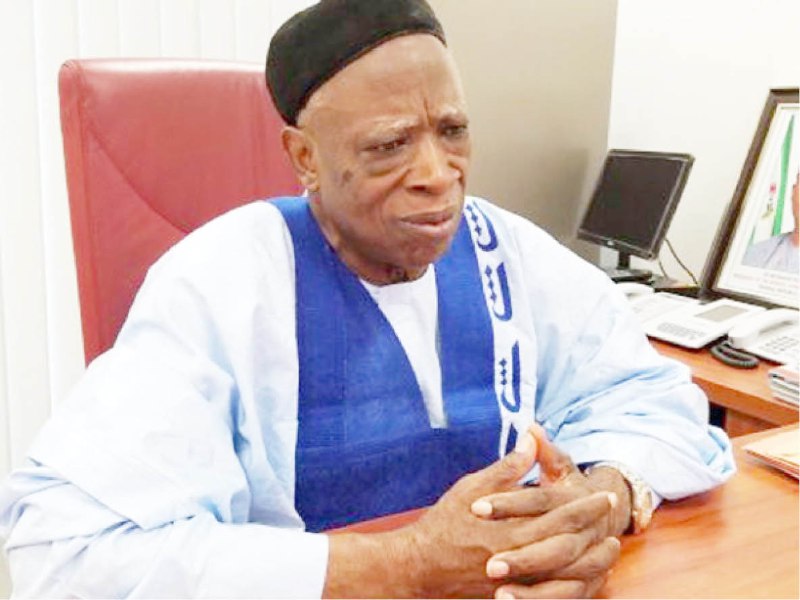 Sen. Adamu Abdullahi, the National Chairman of the All Progressives Congress (APC), may not serve out the remainder of his term since machinations to have him ousted and replaced with a Northern Christian have already started.

APC governors and other stakeholders appear to want Adamu replaced with a Christian from the North Central, and this may happen during the upcoming National Executive Council (NEC) meeting of the ruling party, which is scheduled for September.

According to Anaedoonline.ng, President Muhammadu Buhari supported Tanko Al-Makura, a former governor of Nasarawa State, but Adamu ultimately won the position of APC chairman in March.

The ongoing financial audit, the failure to pay staff salaries, and the party’s inability to satisfy other financial responsibilities, according to a member of the National Working Committee (NWC), were already causing alarm, the Saturday Sun said.

He claimed that APC governors are considering replacing Adamu with a Christian from one of the six North Central States because they are concerned about the effects of the Muslim-Muslim ticket.

Bola Tinubu, the party’s presidential candidate, is in favor of any effort to placate Christians, the source said, adding that Buhari had not been briefed because of concern that he might not back the proposal.

“Akume is Tinubu’s man,” he revealed, adding that “other acceptable names are being searched for to be submitted to President Buhari for consideration. Whether or not Buhari will accept the move, I don’t know.

“Buhari, if you remember, personally insisted on the choice of Adamu. The President also knows that Christian leaders in APC are unhappy. In the interest of reconciliation and inclusiveness, the President may just approve it.

“These issues will gain momentum as soon as NWC announces a date for the NEC meeting. The presidential candidate of the party, Bola Ahmed Tinubu, is also in support of any move that will placate Christians.

“If Tinubu decides to personally table it before President Buhari, it may work. If you recall, Adamu didn’t support Tinubu’s candidacy. He was the one who, without the endorsement of NWC, announced Ahmad Lawan as the consensus presidential candidate of the APC.

“Tinubu didn’t like that and he has expressed his displeasure many times with governors and other party leaders. Although he has not asked for Adamu’s replacement, he won’t oppose it if the move is made.

“But Tinubu has no hand in pushing for this. However, he won’t resist anything that will raise his chances of winning next year’s presidential election.”