How I Avoided Going Jail For Allegedly…

Serena Williams Advances To Third Round Of…

LATEST: This Is What Will Save Nigeria…

D’Tigers Must Win The Remaining Games –… 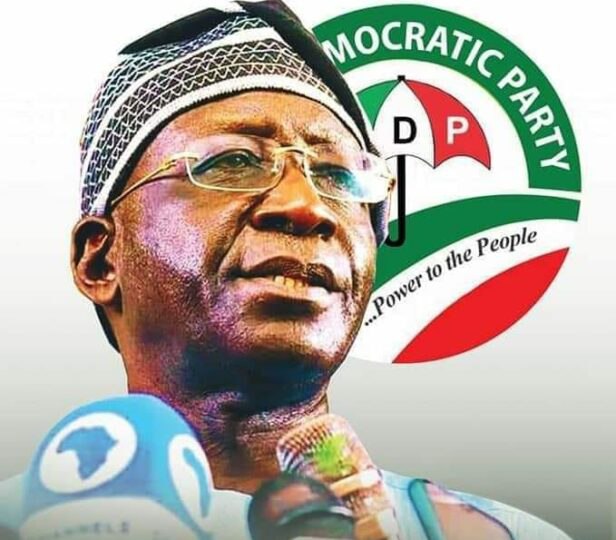 Senator Iyorchia Ayu, the national chairman of the Peoples Democratic Party (PDP), has come under fire from a former member of the House of Representatives named Ogbonna Nwuke for declaring that he will not step down from his post.

According to Anaedoonline.ng, Ayu was responding to requests from Nyesom Wike’s camp, who reportedly demanded his resignation in exchange for peace and support for the PDP’s Atiku Abubakar as presidential candidate.

Ayu emphasized that he is not disturbed by the requests for his resignation and will not leave his post in an interview with BBC Hausa on Wednesday. The PDP Chairman further referred to those attempting to depose him as party leader as young children.

On Wednesday, Nwuke called Ayu’s characterization of those clamoring for his resignation as children as “unfortunate” when speaking to Newsmen in Port Harcourt.

The Wike supporter further claimed that the PDP leader is not thinking about how his decisions will affect the country after the elections in 2023.

He said, “I think Ayu is not looking at the bigger picture. First, let’s even look at his euphemism of children. I am confident that Ayu knows that anyone who has gone above the age of 18 is an adult in this country. Our constitution says so.

“And then men are holding responsibilities, men are performing in their offices. Men are holding strong in the interest of this nation. And the best Ayu can do is to refer to them as children. I think it is very unfortunate. Even his own son who is beyond 23, 30 years as the case may be; Ayu cannot speak to him like that, because such a person is an adult and is accountable to himself.”

Victor NdubuisiSeptember 1, 2022
Another great offer for you