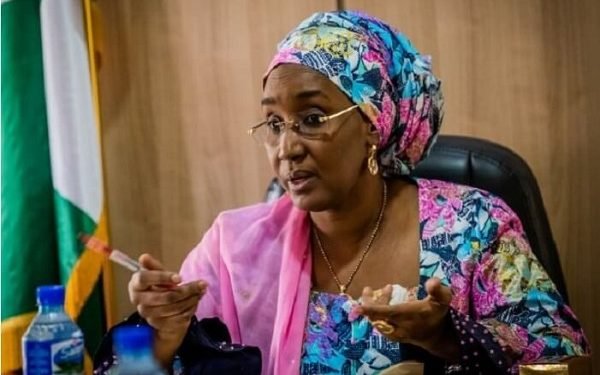 In Nigeria, diarrhoea and other illnesses linked to urinal infections cause at least 124,000 children under the age of five to pass away each year.

Hajiya Sadiya Farouk, the minister of humanitarian affairs, disaster management, and social development, made the comments while touring the camp for internally displaced people in Bakassi, Cross River State.

After giving away millions of naira worth of toiletries and disinfectant to the internally displaced people, the minister, who was represented by the director of social development in the ministry, Mr. Taiwo Bashorun, spoke and urged good environmental and toilet hygiene if the IDPs wanted to live a healthy lifestyle.

During the visit, which was for sensitisation/awareness campaign on Clean Nigeria-Use the Toilet organised for IDPs in Bakassi Camp, the minister charged them to shun open defecation so that they would not invite diseases associated with open defecation to the camp.

According to the minister, the economic impact of unsafe water, poor sanitation and hygiene depletes the Nigerian economy by almost the equivalent of 1.3 per cent of the Gross Domestic Product.

Farouk also stated that an estimated “47 million people in Nigeria still indulge in open defecation,” adding that Nigeria tops the league of countries where open defecation was prevalent.

She said available World Health Organisation records have it that “One in every four Nigerians defecate openly, creating a medium for potential transmission of the wild polio virus, cholera and hepatitis among other infectious diseases because they have no access to adequate toilet facilities.”

The minister further said additional data presented by UNICEF shows that an estimated 120 million in the country lacked access to improved sanitation facilities, or facilities that hygienically separate human waste from human contact.

The Supervisor for Environment, Mrs. Nkoyo Effiong, who spoke earlier on effective hygiene, advised the IDPs not to discard baby pampers in open places but instead drop the pampers into toilets to prevent passers-by from getting in contact with already used pampers which constitute an eyesore and capable of transmitting diseases.

The Chairman of Bakassi LGA, Iyadim Iyadim, thanked the minister for taking the campaign against open defecation to his domain and promised to do everything to end the practice.

Umahi Demands For Apology As PDP Fail To Give An Igbo Man...