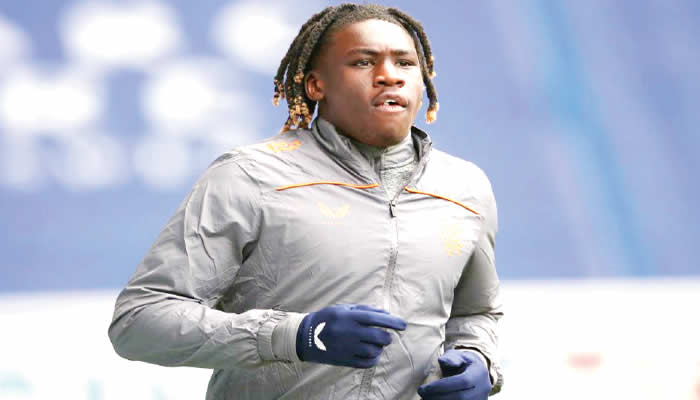 In an interview with Dutch publication Het Parool, Nigerian international Calvin Bassey describes Ajax Amsterdam’s victory over Glasgow Rangers on matchday one of the UEFA Champions League as “bitter-sweet.”

The adaptable defender displayed fantastic play throughout the game and finished off an outstanding Champions League debut by setting up the third goal.

Speaking ahead of Tuesday’s fixture against Liverpool at Anfield, the former Rangers player admitted it was difficult putting his friends to the sword.

“I consider the Rangers FC players to be my friends,” Bassey told Het Parool, via Ajax Fanatics.

“I played with them for two years, shared joys and sorrows. And it is not easy to hurt friends so much. But for me personally, and my family, it was a beautiful evening.”

The 22-year-old defender became Nigeria’s most expensive defender in history when he joined Ajax for £19m following an impressive 2021/22 season with the Scottish giants.

During his two-year spell with Rangers, with whom he won the Scottish Premiership in 2020-2021, the Scottish Cup the following season and reached the final of the Europa League, Bassey made an astonishing 65 appearances.

It was his display with Rangers last season that earned him a move to Ajax.

REVEALED: ‘The Only Condition That Will Make Me Stop Campaigning For Presidency’...