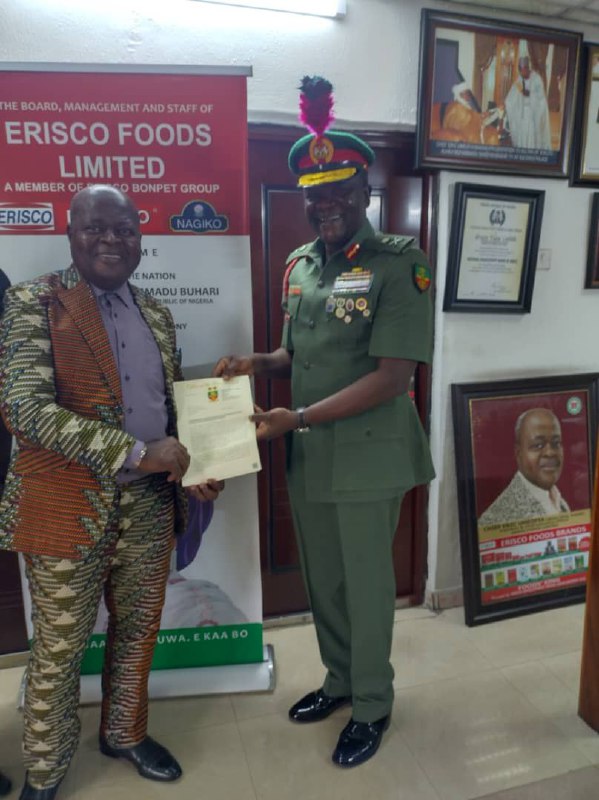 The Chief Executive Director of Erisco Foods Nig. Ltd, Dr. Eric Umeofia have been confered with the Honourary Doctor of Management Science Degree by the Nigerian Defence Academy.

In a letter dated 15 of August, the Nigerian Defence Academy (NDA) confirmed the Erisco Foods boss who was initially nominated for the award in June is now to be the recipient of the award during the Academy’s Convocation Ceremony.

An event which date had to be resheduled for 4th of October 2022, due to Nigeria’s Vice President’s schedule.

Nigeria’s Vice President, Prof. Yemi Osinbajo, will be a special guest of honour during the event in Abuja. 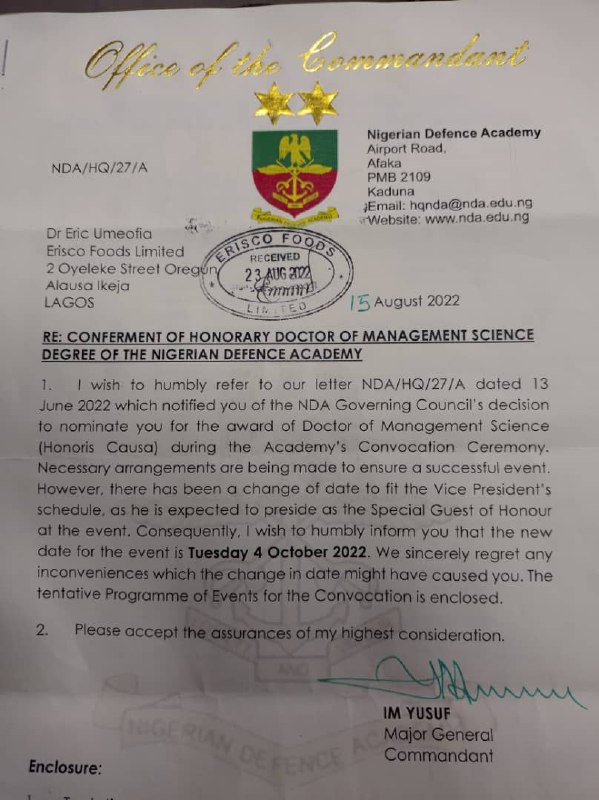 However, Erisco Foods Limited had warned that company had been selling its goods at a loss for the previous nine months.

Despite a report by the National Agency for Food and Drug Administration and Control (NAFDAC) stating that 91.1% of the imported tomato paste is substandard, it was claimed that this was caused by the high rate at which imported banned tomato paste in retail packs had flooded the market for more than three years.

This was said by the company’s managing director, Mr. Nnamdi Umeofia, as he welcomed a group from the Army War College Course 6/2022 to Erisco Foods for an environmental study tour.

See 5 Foods That Make You Last Longer In Bed

Brigadier General Mathew Oyekola led the team that was there to evaluate the degree of industrialization and localization at Erisco Foods Limited, a company that is a part of the Erisco Bonpet Group.

The MD commented just as Chief Eric Umeofia, President/CEO of the Erisco Bonpet Group, said that the government would not have needed to spend as much money fighting insurgency if Nigeria had been performing well in the field of industrialization.

The MD said, “We have stocks of goods worth over N4bn for about nine months, which we have been finding very difficult to sell due to the high production cost and the flooding of our markets with imported substandard tomato paste by the import cabals with support of our FOREX.”